Lumpkin fans 12 in Wildcats’ shut out of Marion County 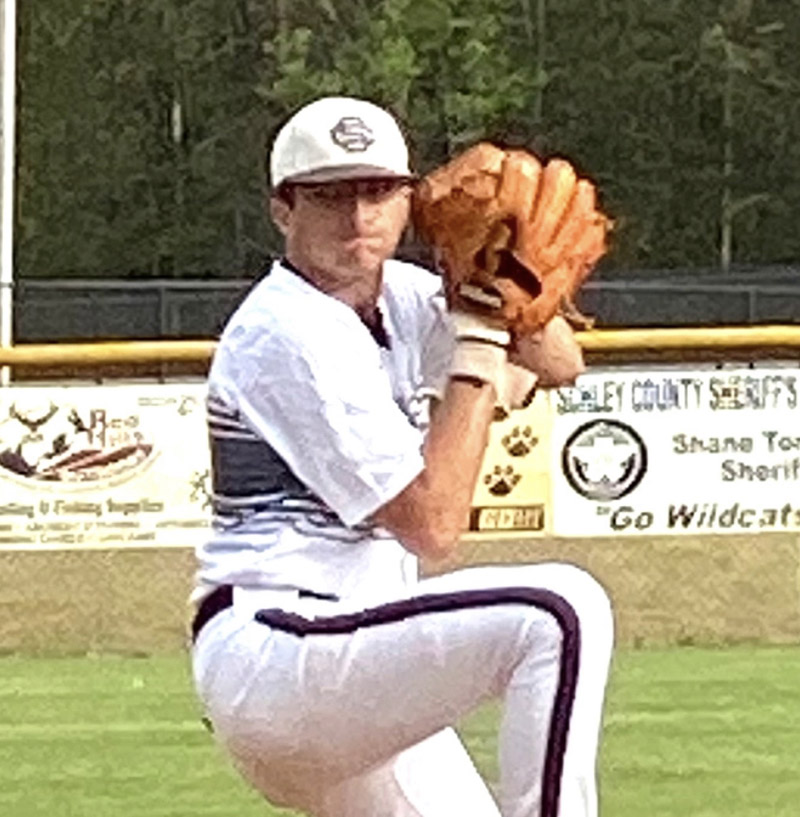 Schley County senior Trypp Lumpkin struck out 12 batters and gave up only two hits over seven scoreless innings to lead the Wildcats to a 3-0 victory over Marion County. ATR Archive

ELLAVILLE – Schley County (SCHS) senior pitcher Trypp Lumpkin was dealing on the mound for the Wildcats against Marion County. Lumpkin struck out 12 MC batters over seven scoreless innings of work to lead SCHS to a 3-0 shut out victory over the Eagles on Tuesday, April 19 at Schley County High School.

The win ends the Wildcats’ two-game losing streak and they improve their overall record to 16-8, while improving to 11-0 in Region 5A-Public competition.

Throughout the game, Lumpkin limited MC’s offense by keeping the Eagles off the scoreboard and allowing only two hits while issuing four walks and striking out 12.

The Wildcats will host Chattahoochee County on Thursday, April 21 at 5:30 p.m. and will then conclude the regular season at Brookstone on Friday, April 22. The first pitch for that game is scheduled for 4:30 p.m.