The City of Americus continues to shine despite a global pandemic 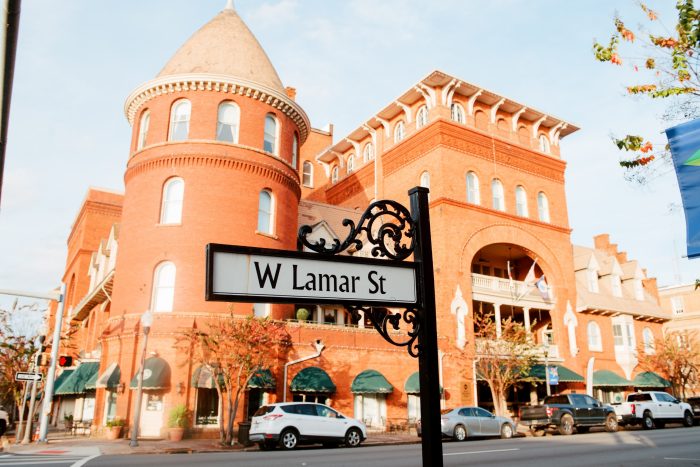 By:  Nicole Kirksey, City of Americus

Since 2020, the pandemic has dominated the headlines and contributed to a shift in corporate and governmental culture. The City of Americus was not immune to the shift and has weathered the storm, all the while creating a positive impact that has shaped the way our community does business.

From external successes that are easy to observe, to internal improvements that change the way our employees operate daily, the past two years have provided our government the opportunity to pivot and learn news ways to serve the community in a more efficient and positive way.

According to Americus Police Chief, Mark Scott, crime in Americus is at a historic low. Part 1 Crime numbers for 2021 continued a downward trend, decreasing a full 21% from 2020 and are at the lowest they have been in over 30 years. Part 1 crimes are the more serious crimes tracked by the FBI. These include homicide, rape, robbery, aggravated assault, burglary, larceny from auto, larceny other, vehicle theft, and arson. These crimes are generally reported to the police by the public and are driven by criminal activity, rather than police activity.

Taking a closer look at the numbers, the overall decrease is primarily driven by a 26% decrease in property crime which involves the theft of, theft from, or damage to property. This category makes up 82% of criminal activity reported in Americus. As far as Part II Crimes, which make up less serious crimes such as simple assault, criminal trespass, drug charges, disorderly conduct, forgery, DUI of alcohol or drugs, etc., decreased by 13% from 2019 to 2020.

Part of the cultural shift is an increase in community relations. One of the many new processes that were implemented include a new public information campaign which engaged with the local faith community. This campaign encouraged faith leaders to spread the message to their congregations that gun violence was not the way to solve disputes and that it would not be tolerated in Americus. Despite obstacles due to Covid-19, the Americus Police Department reached students in the school system by teaching the GREAT program online. The GREAT Summer camp was a huge success with twelve students completing the program. In addition to participating in four career fairs and two city-wide prayer vigils, the APD sponsored a community awareness campaign targeting gun violence in four neighborhoods through the month of June.

According to Americus Main Street Director, Qaijuan Willis, the past two years have seen significant improvements to Downtown Americus. One of the biggest highlights would be the purchase of the new Americus Street Trolley that is accessible to riders with disabilities. Another change that has made a major difference in the safety of pedestrians in downtown was the re-striping of Lamar Street from three lanes to two lanes.

Thanks to the Charles L. Mix Foundation, Americus Main Street received $60,000 for the Rylander Renovation Project which included a new fountain. Other improvements include a new website, pole banners, and holiday décor.

According to the Director of Finance, Twany Edwards, the Finance Department made a very important move to downtown Americus into the old Wells Fargo Building on Forsyth Street. This move makes for easier access for the citizens of Americus.

Director of Human Resources, Ola Terrell-Jordan, reported dozens of improvements for internal and external processes. Some of the highlights include the passing of the Rule of 75 that affords employees the opportunity to take advantage of early retirement; Implementation of the Matching Funds for the Police Annuity Benefit Fund and the Fire Fighter Pension Fund; Implementation of a Gym Membership Fee Payment Program for employees; Warriors in the Fight Against Covid, by securing over $15,000 in personal protective equipment (PPE) when supplies were hard to come by.

According to Director of Tourism, Nicole Kirksey, the City of Americus has seen an increase in visitation and an increase in the number of overnight stays in hotels. 2021 surpassed all previous hotel/motel tax collections by closing out the year with $419,761. During 2021, Americus and Sumter County were featured in 65 published articles generating: 11,533,063,858 total media impressions, an estimated total value of $106,721,234, while spending less $40,000 in marketing dollars.

The 2020 economic impact tourism brought to Americus included Total Visitor Spending of $38.5 million, with 3.6% being the share of jobs directly sustained by visitor spending in the county. Visitors generated $2.7 million in state and local taxes in Sumter County which is equivalent to $238 in tax savings for every household. Spending can be broken down by: Retail $7.2 million, Food & Bev $11.8 Million, Lodging $7.8 million, Recreation $3.8 million, and Transportation $7.9 million.

According to GIS Director, Beverly Butcher, one of her departments major accomplishments included the reapportionment of the city and county. This ensures each political district has been created equally using census data. Reapportionment is conducted every ten years following the census. This helps each citizen in Americus know who they can vote for and where to vote.

According to Americus City Manager, Diadra Powell, there have been numerous city improvements that not only promote safer neighborhoods and bring vibrant businesses to the city, but also contribute to a better quality of life.

This is just a high-level overview of some of the many changes and improvements the City of Americus has made since the beginning of the pandemic and under the leadership of City Manager Diadra Powell, former Mayor Barry Blount, and current Mayor Lee Kinnamon. Powell works side-by-side with guidance from the Americus City Council that is comprised of Council Members: Juanita Wilson, Nelson Brown, Daryl Dowdell, Charles Christmas, Kelvin Pless, and Nicole Smith.