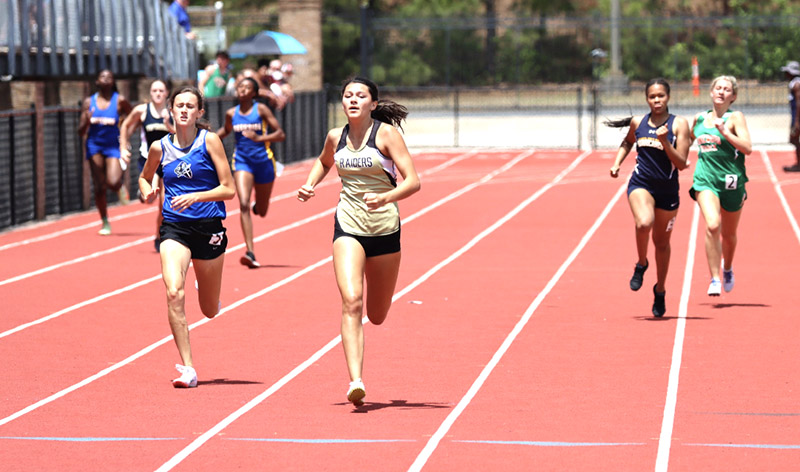 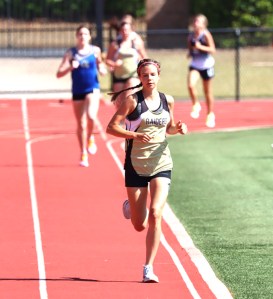 Southland Academy distance runner Elizabeth Law is seen here competing in the Girls 3200-Meter Run at the GISA State Meet. Law won the event to claim the state title and she finished as the state runner-up in the Girls 1600-Meter Run.
Photo by Dr. Brett Law

As a team, the SAR girls’ team finished in third place with 79 points and finished one point away from being the state runners-up. Bullock Academy finished in second place with 80 points and Trinity Christian-Dublin won the girls’ state championship with 141.50 points.

The SAR boys’ team finished in fifth place with 59 points, but individually, there were a few Raiders who turned in solid performances. 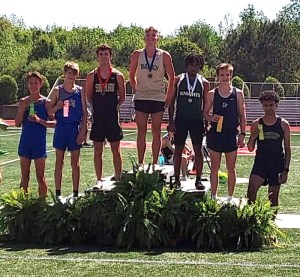 SAR’s William Kinney finished in 11th place in the Boys 3200-Meter Run (12:43.55) and both Cayce Joyner and Mac McMichael finished in seventh and eight place respectively in the Boys 110-Meter Hurdles.