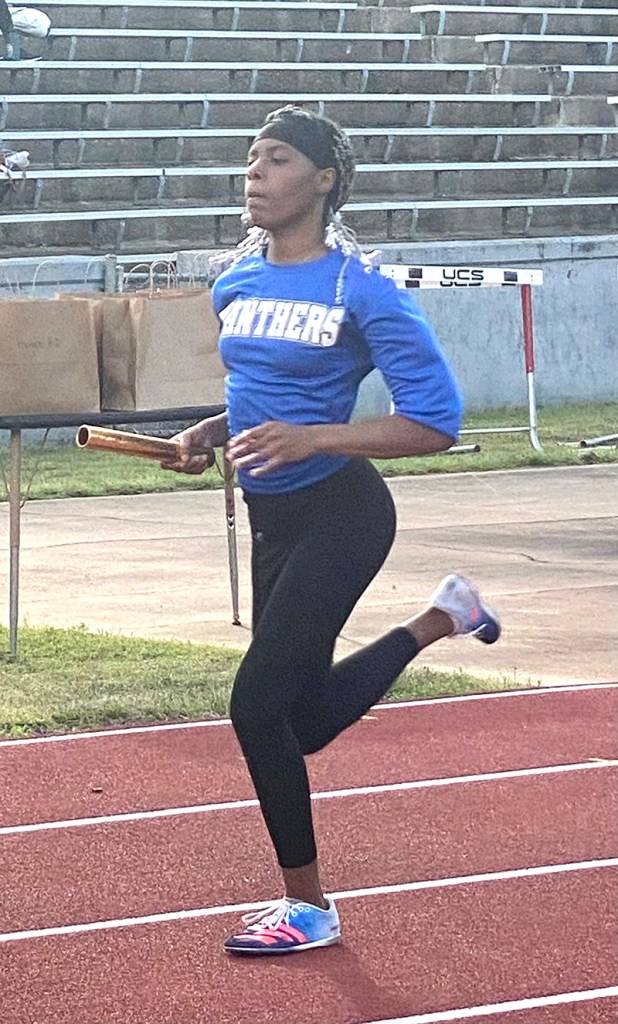 Sumter County’s Zyria Battle qualified for the sectional meet by finishing in fourth place in the Girls Triple Jump and was a member of the Lady Panthers’ 4x100-Meter Relay Team that finished in fourth place to claim a spot in sectionals. ATR Archive

Taylor Rush took third place in the Girls 300-Meter Hurdles by crossing the finish line in a time of 51:16. Rush was also a member of the Girls 4×100-Meter Relay Team that took fourth place in the event, finishing in a time of 51.48. Rush’s teammates, Zyria Battle, Ja’Kierra Pride and Anniya Tyson were all part of that relay team.

In the Girls High Jump, Madison Smith took fourth place to secure her spot in the sectional meet by jumping four feet, six inches and Zyria Battle, who is already going to sectionals as part of the 4×100-Meter Relay Team, also qualified in the Girls Triple Jump by finishing in fourth place (29-8.5).

In the Girls Shot Put event, Eriel Aldridge won the region championship for the Lady Panthers by making a distance throw of 34-1.

In boys’ action, several Panthers earned their way to sectionals as well.

In the 200-Meter Dash, Mason Butts clinched his spot in sectionals by finishing fourth in a time of 23.04. Butts’ teammate, Latravis Angry, clinched a spot in the sectional meet with his fourth place finish in the 110-Meter Hurdles (16.62). 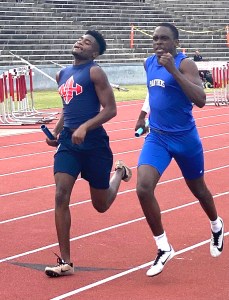 Sumter County’s Kavon Lewis (right) is seen here competing for the Panthers in a previous meet. Lewis earned a spot in the state sectional meet by finishing in fourth place in the Boys 300-Meter Hurdles at the Region 2-AAA Meet in Jackson, GA.
ATR Archive

Kavon Lewis earned himself a spot in sectionals with his fourth place finish in the 300-Meter Hurdles (43.34) and Caleb Josey-Durham won the region championship in the Boys Long Jump event by jumping a distance of 20-6.25. Josey-Durham also qualified for sectionals in the Boys Triple Jump, as he finished in third place with a distance jump of 41-11.

For a complete run down of all of the results of the Panthers and Lady Panthers in the Region 2-AAA Meet, got to https://ga.milesplit.com/meets/477079-region-2-aaa-championship-2022/teams/4495#.YnAft9rMJPY.