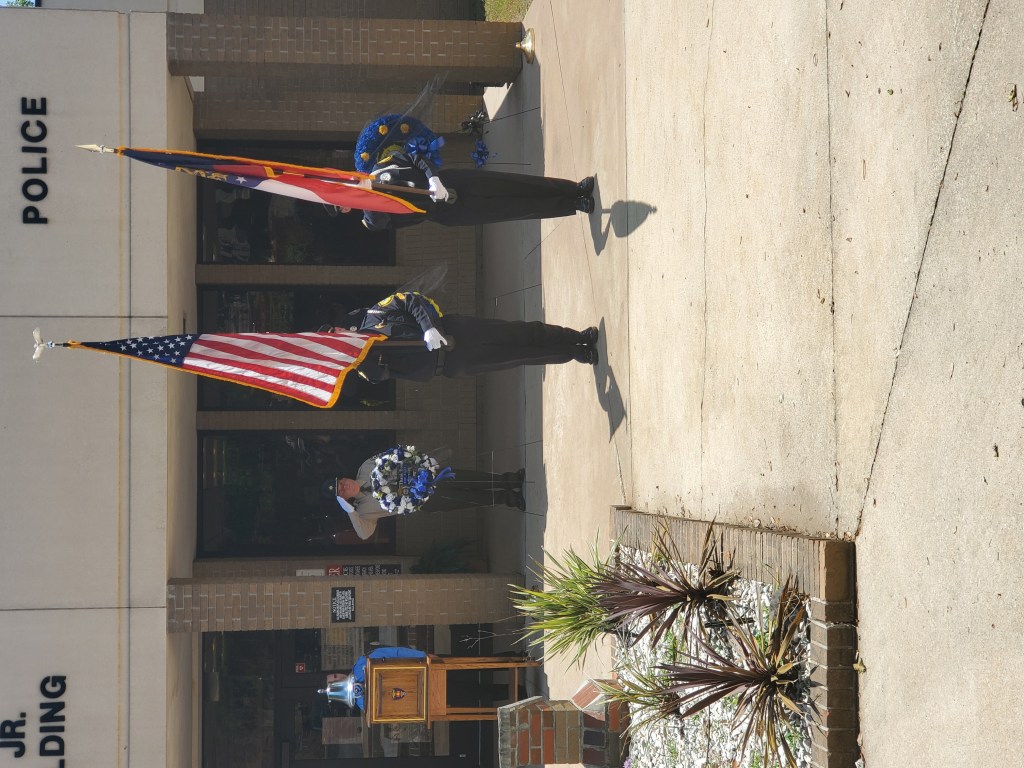 We gathered. We gathered to both celebrate and remember. It was a rich moment in time that demands to be savored in order to experience its full power. National Police Week is May 15, to May 21, 2022. Sunday, May 15, Sumter County gathered to pay respect to all that is precious about a law enforcement officer on Peace Officer Memorial Day. While we sat in adoration over the values and the gifts which they offer the community, there was a reminder the death of an officer will always take our breath. As this community often does, Sunday was a day to remember officers who lost their lives in servitude to us. The most recent being the December 7 and 8, 2016, deaths of Jody Smith and Nick Smarr. The death of an officer leaves its mark. It is heavy. It is precious. It demands the rituals of pomp and circumstance. Perhaps it hurts so terribly because with the death of an officer, we see our values attacked. 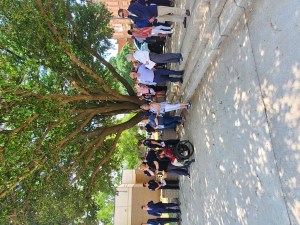 A sampling of those gathered to honor law enforcement

Daryl Brown, the Americus Police Department Chaplain, referred to officers as “ordinary people who have the willingness, dedication and determination to help make the world a better place.” Sometimes they have such a strong willingness, dedication and determination to make us better, we forget they are, in fact, ordinary people. When we get a peek behind the uniform and badge, there is a real person who struggles with the same things we do, who takes delight in their family, who leans upon their God to find strength to keep breathing in and out, who have neighbors they pick up the mail for, who want the best for their hometown. Just like us. They are in fact so very ordinary in many ways, we are connected to them as family, friends, and neighbors. However, also like us, they carry values unique to their profession and unique to them as individuals. Willingness, dedication and determination are only the beginning of the list. Daryl reminded us, and his words should receive strong consideration and action, “Today let’s stand up and respect those who serve to protect; honor those willing to answer the call and go towards the scene…..Stand up for those who stood up for us and say, ‘Job well done.’” 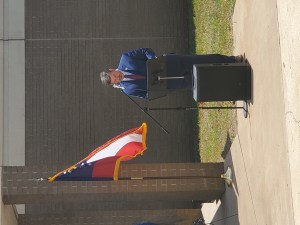 It is but three words, but those three words are powerful. It seems too easy to offer them, they seem impotent to capture the spirit of what we truly want to say, but they are what we have. And they are what is needed. Law enforcement officers, just like us, share a desire to know their efforts make a difference. There is restoration in hearing “Job well done!” It is true for you and me, and it is true of those sworn to protect and serve. Many look forward to the day we will hear the ultimate, “Job well done!” Until such a time, let’s share it between ourselves. It matters. Oh, how it matters.

Along with the crowd, Jody and Nick’s family was present to place a white flower upon a memoriam wreath. No doubt those are some of the hardest steps they will ever take. No doubt it takes all their strength to do such an act. Other citizens and officers placed a white flower on the appropriate memoriam wreath for each officer who died serving us. After the name was called, the flower was placed, and a slow final salute given, a bell was rung for each officer. As the ceremony came to an end, Taps was played.

Prior to honoring the officers who gave their life, the crowd enjoyed witnessing the joint honor guard. Mayor Pro-Tempore Kelvin Pless and Chairman Mark Waddell proclaimed honor upon our law enforcement by recognizing Police Week and Peace Officer Memorial Day. In addition to Kelvin and Mark, Charles Christmas from the Americus City Council was present. Mark Scott, Michael Lewis and Eric Bryant, our top law men, once again played a significant role for this community as they led the program. 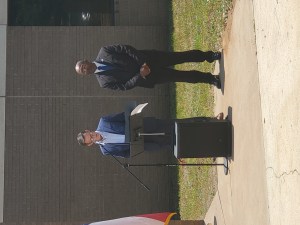 May pro-tempore, Kelvin Pless and Sumter County Board of Commissioners Chairman, Mark Waddell

Officers who have given their lives on behalf of ours, numbered seven. Those serving under the Americus Police Department badge are, William R. Morris, William Cyrus Barrow, Homer Allen Lee, Mary Anne Barker and Nicholas Ryan Smarr. Jody Smith died protecting us and backing up his best friend, Nick Smarr while wearing the badge of Georgia Southwestern Department of Public Safety. John Kinney was killed in the line of duty while serving proudly as the Sheriff of Sumter County. 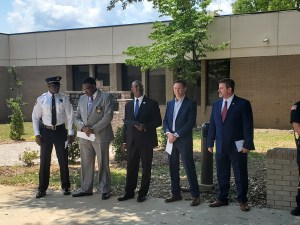 Respect. Honor. Gratitude. We absolutely owe our law enforcement officers these gifts. We are a community which values the characteristics of our law men and women. If we are wise, we will make a point to let them know we are invested in them. While it is your choice as to whether you choose to value our law enforcement, please know they have already determined to value you. We can close our eyes at night because our God and our law enforcement made a very intentional decision to loan us their eyes so we could rest peacefully. For such a decision, for such action, for such a selfless act of service and love of neighbor–absolutely, respect, honor and gratitude are due them. 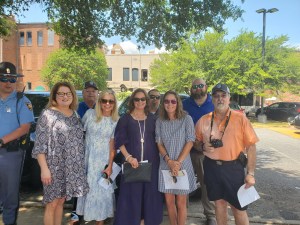