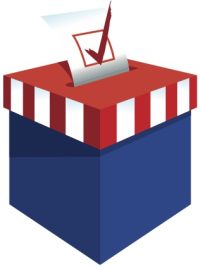 The unofficial results for Sumter County are as follows:

Lieutenant Governor:  of the 698 votes cast Charlie Bailey had 384 while Kwanza Hall had 314

Secretary of State:  of the 702 votes cast Bee Nguyen had a total of 406 while Dee Dawkins-Haigler had 296.

Congressman Sanford Bishop released the following statement in response to the Republican Primary Runoff for the 2nd District:  “I congratulate Chris West on winning the Republican nomination for the 2nd Congressional District of Georgia and look forward to the race. I have always looked at elections as an opportunity to present my background and resume to the voters and have asked them to weigh my proven record against that of my opponents so that they might decide who is best suited to fight for their needs, causes, and to best represent their interests in Washington.

God has blessed me with the tools – a degree in political science, education and training as a lawyer, service in the Georgia House and Senate and extensive congressional experience – tools which have helped me use the legislative process to deliver for the people of our district, state and nation in good times and bad.  A careful examination of my extensive and proven record of public service to the people of Middle and Southwest Georgia, compared to that of my opponent, reveals that I am better prepared and better positioned to fight for and deliver results in these challenging times.

This position does not belong to me, it belongs to the people, and I trust their wisdom in deciding who can most effectively represent them in Congress.”.

Masculinity, it makes a difference