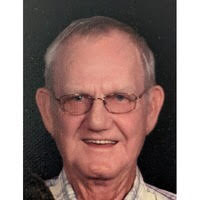 Born July 21, 1939 in Plains, he was a son of the late Joseph A. Bacon and the late Elizabeth “Betty” Pennington Bacon.

In addition to his parents, he was preceded in death by two brothers: Joseph A. Bacon, Jr. and Eugene Bacon; and one sister, Kathryn Mauldin.

Hancock Funeral Home, 427 S. Lee St., is honored to be entrusted with these arrangements for Mr. Robert E. “Bobby” Bacon.