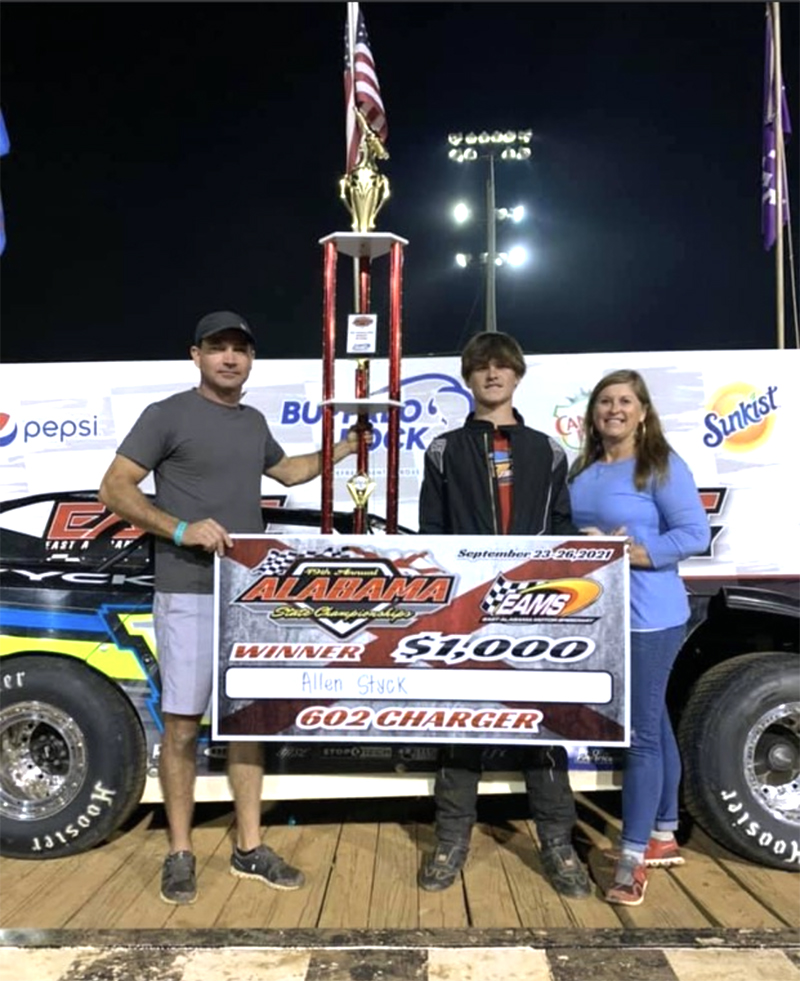 AMERICUS – Since he was 10 years old, 14-year-old Allen Styck has had a passion for racing and that passion has led him to win 10 races in his career in the Late Model Dirt Car Division, including the Alabama State Championship a year ago.

The son of Lance Styck, an avid drag racer, Allen started racing go-carts at 10 years of age and would get into racing late model dirt cars three years later.

“I got into it starting with go carts. Dad has always raced,” Styck said. “I guess I like going fast.” 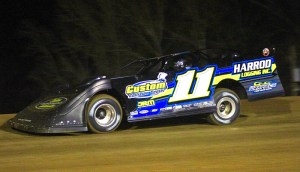 This is Allen Styck’s Longhorn Chassis: one of the late model dirt cars that he drives while competing in races. Styck drove this car when he won the 49th annual Alabama State Championship last year.
Photo by Lance Styck

According to Styck’s father, Lance Styck, Allen started racing late model dirt cars at age 13 and has developed a highly successful skill on the dirt track, having already won eight races this year and 10 in his career as a late model dirt car racer.

He then moved up to the 602 and 604 late model dirt cars in his second year of racing and has flourished ever since, winning eight more races throughout the year.

Lance Styck, who has been drag racing all of his life, said that he quit racing when Allen was born, but has been able to pass down his knowledge and passion for the sport to his son.

“When I introduced him to cart racing, then that got me back into it,” Lance Styck said. As far as his strategy in winning those 10 races, Allen Styck simply said he just “pressed the gas.” 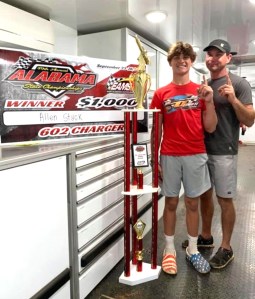 In addition to racing, Allen Styck is a freshman on the Southland Academy High School Football Team. As far as when his next racing competition will take place, Styck will be competing in the 602 and 604 late model dirt car classes on Friday, September 16 at the 50th annual Alabama State Championships at the East Alabama Dirt Track in Phenix City.