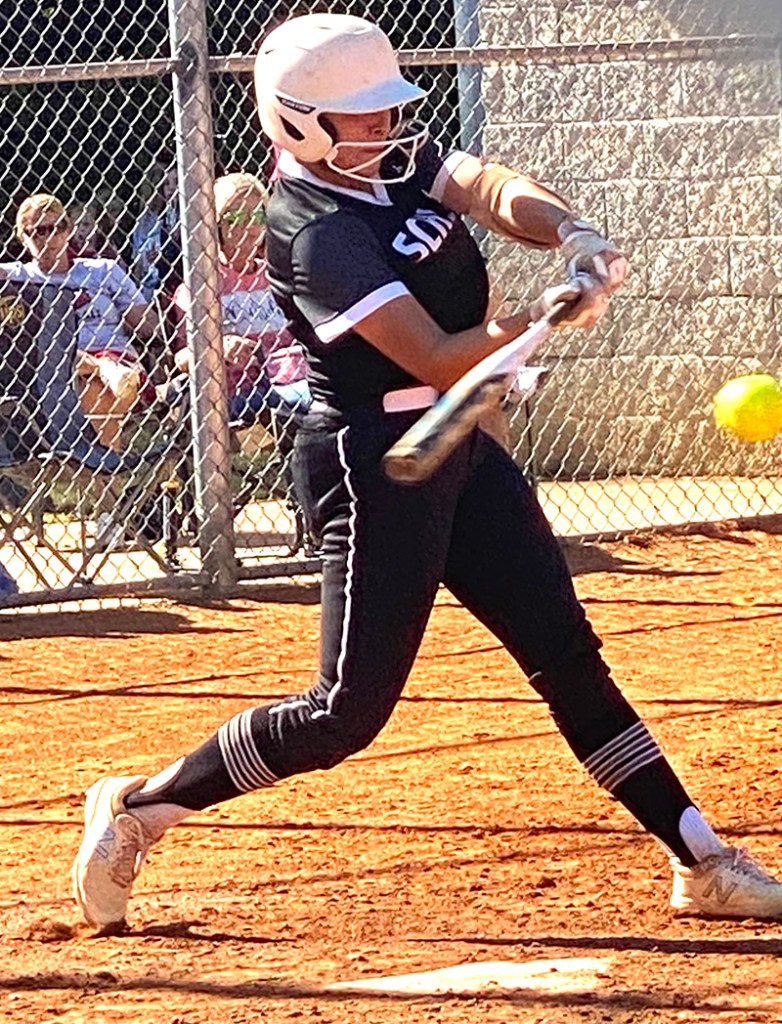 Schley County catcher Zoe Molina went 2 for 4 at the plate with three RBIs and a run scored to help lead the Lady Wildcats to a 9-1 victory over Crawford County. ATR Archive

ROBERTA, GA – After getting trounced 15-0 by Westfield on their home field on Tuesday, the Schley County Lady Wildcats Softball Team (SCHS) was able to rebound with a 9-1 victory over Crawford County (CC) on Thursday, August 18 at Crawford County High School.

Going into the top of the sixth inning, the Lady Wildcats had a 4-1 lead, but they were able to put the game out of reach thanks to five runs on two hits and being able to take advantage of two walks, a hit batsman and an error that allowed a run to score.

With one out in the top of the sixth, Emma Walker was hit by a pitch from CC pitcher Bailey Phillips. Walker would later score on a wild pitch and Brenna Jacobs followed that up with a single to load the bases.

After Destiny LeCroy flew out for the second out, Zoe Molina singled and three more runs scored, giving SCHS an 8-1 lead. The Lady Wildcats scored their final run of the game off another CC error and would go on to secure their 9-1 victory.

SCHS was able to set the tone early in the top of the first inning by scoring four runs on four hits and they took advantage of an error. LeCroy drove in Jacobs on an RBI single for the first run of the game and Molina doubled in another run to make it 2-0 Lady Wildcats. With one out, Abbie Cheek singled to load the bases and Makena Wurtz reached on an error that allowed another run to score.

The Lady Wildcats scored their fourth run of the game when Emma Walker grounded out into a fielder’s choice that allowed Wurtz to score from third.

The Eagles responded with one run in the bottom of the second on an RBI single by Phillips, but that would be the only run of the game for CC as Wurtz, who got the start in the circle, allowed only a run on seven hits while walking one and striking out two.

Brenna Jacobs had a tremendous day at the plate for the Lady Wildcats. She went 4 for 4 and scored two runs to lead the SCHS offense. Molina went 2 for 4 with three RBIs and a run scored and LeCroy went 1 for 4 with an RBI and scored a run.

SCHS (3-1) will try to keep their winning ways going when they host Bleckley County in a non-region game on Monday, August 22 at 6:30 p.m.