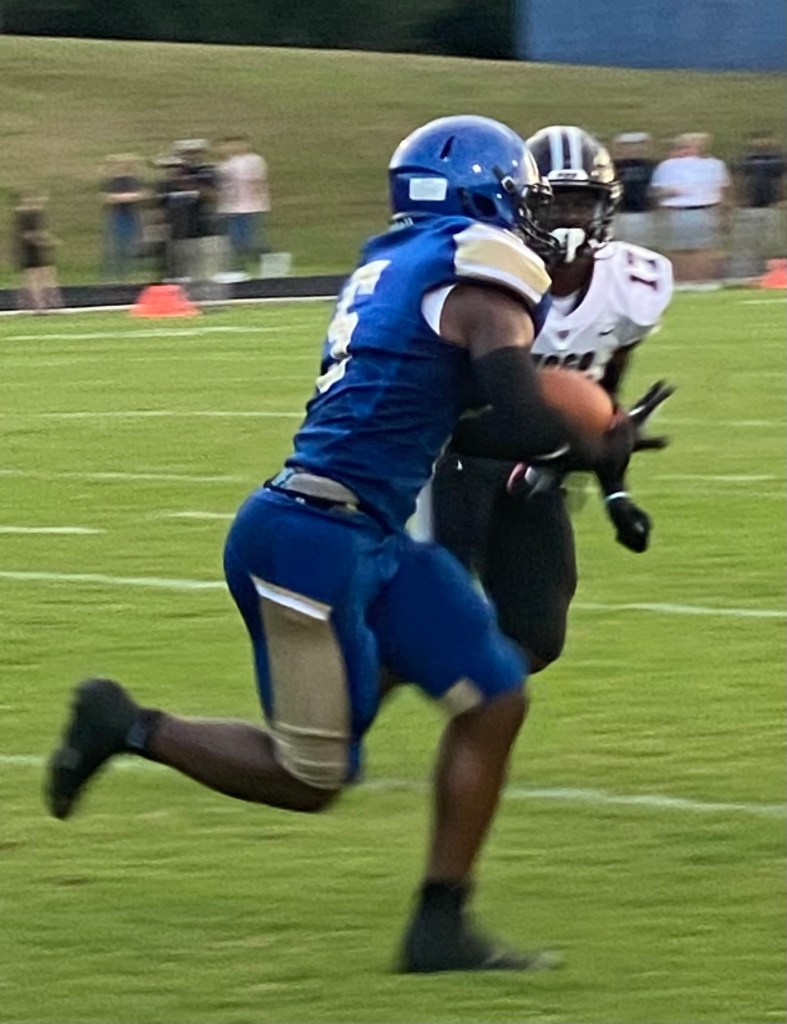 AMERICUS – After a long, hot summer of hard workouts, the dawning of a new era of Sumter County High School Football finally came on Friday, August 19, as SCHS Head Football Coach Clifford Fedd began his inaugural season as the Panthers’ skipper against GHSA Class AAAAAA perennial power Houston County (HC) at Alton Shell Stadium. Throughout the first half, the Panthers showed promise on offense, as they were able to move the ball using the running attack of senior running back Demtrice Hurley. However, penalties reared their ugly heads and nullified those drives. Penalties also proved to be costly to the Panthers on defense in the second half as they allowed the HC offense to capitalize. As a result, the Panthers would go on to lose to the Bears 41-7 in Coach Fedd’s first game as the SCHS Head Coach.

In spite of the loss, Fedd was pleased with his team’s effort and knows that the mistakes that were made in this game can be corrected as the season moves forward.

“First of all, we were fortunate to have the opportunity to come out here to play this great game of football,” Fedd said. “This is our first game, so we learned a lot about ourselves tonight. I’m proud of the guys’ fight, but we did do a lot of things incorrectly. There are a lot of things that we need to fix, but now, we finally get to see some film and break down some film and scout ourselves and see what we need to do to get things fixed and going in the right direction. But the things that we did that were incorrect, they are all fixable, so we’ve just got to get it fixed,” Fedd continued. 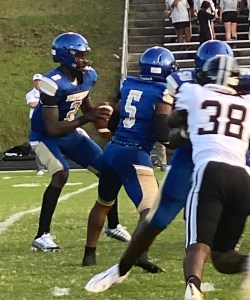 The Bears won the toss, but elected to defer until the second half, meaning that the Panthers would get the ball to start the game. On its first drive of the game, SCHS had the ball third and six at its own 27 before Hurley broke free for first down yardage. A standout guard on the SCHS Basketball Team, Hurley was able to use his elusive speed and quickness to gain yardage, but three holding penalties against the Panthers nullified the drive and they were forced to punt. This was a problem that plagued the SCHS offense throughout the first half as penalties continued to nullify promising drives. 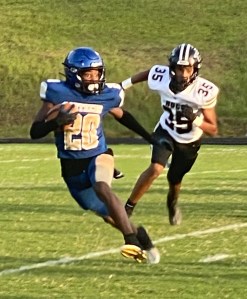 Early in the second quarter, the Bears made a big play when quarterback Antwann Hill Jr. completed a 54-yard pass to Ricky Johnson at the SCS seven-yard line. Running Back Ryan Taleb would later score a rushing touchdown to give HC a 6-0 lead, but the extra point was no good due to a botched snap.

On their next possession, the Panthers had another promising drive going, but penalties once again bogged them down and they were forced to punt. The Bears would take advantage by mounting a drive that ended up with another Ryan Taleb rushing touchdown. This time the extra point was good and the Panthers found themselves trailing HC 13-0 at the half. 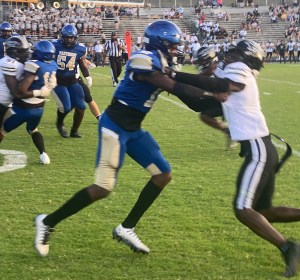 HC got the ball to start the second half and wasted no time in moving the ball deep into SCHS territory. After a 55-yard kickoff return, the Bears thought they had scored another rushing touchdown, but it was called back due to a holding penalty. However, the HC offense was able to regroup and the Bears scored their third touchdown of the game on a run by Ty Waters from 25 yards out. The extra point was good and the Panthers found themselves in a hole, trailing 20-0.

However, SCHS had a positive response as Carl Monts took the kickoff return into HC territory. Senior Quarterback Cameron Evans then tossed a short pass to Hurley, who then threw a pass down to Brandon Pope for first down yardage near the HC 25-yard line. However, the drive bogged down and the Bears took over at their own 30-yard line. 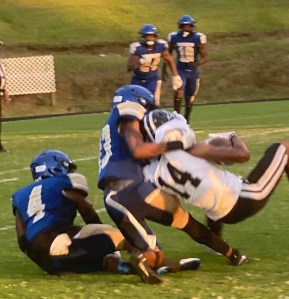 With 9:05 remaining in the game, the Bears added to their lead when Antwann Hill Jr. found Recordo Tarver in the end zone for a 24-yard touchdown pass. The extra point was good and the Panthers trailed 34-0 with a little over nine minutes left to put points on the board.

On their next possession, the Panthers tried desperately to salvage something in this game and were aided by a defensive pass interference penalty against the Bears. Two plays later, Hurley was able to break free and ran the ball around the right side down near the HC 20. Then on the very next play, Cameron Evans scored on a quarterback keeper. The extra point by Jose Diaz-Perez was good and the Panthers trailed 34-7 with a little more then seven minutes remaining in the game. 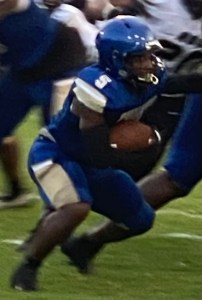 However, on the Bears’ ensuing drive, the penalty bug bit the Panthers once again. They were flagged for a personal foul, which enabled HC to have the ball deep in SCHS territory. A couple of plays later, HC quarterback Christian Stokes scored on a quarterback keeper. The extra point was good and with that, the Bears completed their 41-7 victory over SCHS.

The Panthers (0-1) will try to earn their first win of the season next Friday, August 26, when they host the Westover Patriots at 7:30 p.m. In their season opener against Dougherty, the Patriots fell to the Trojans 28-21.