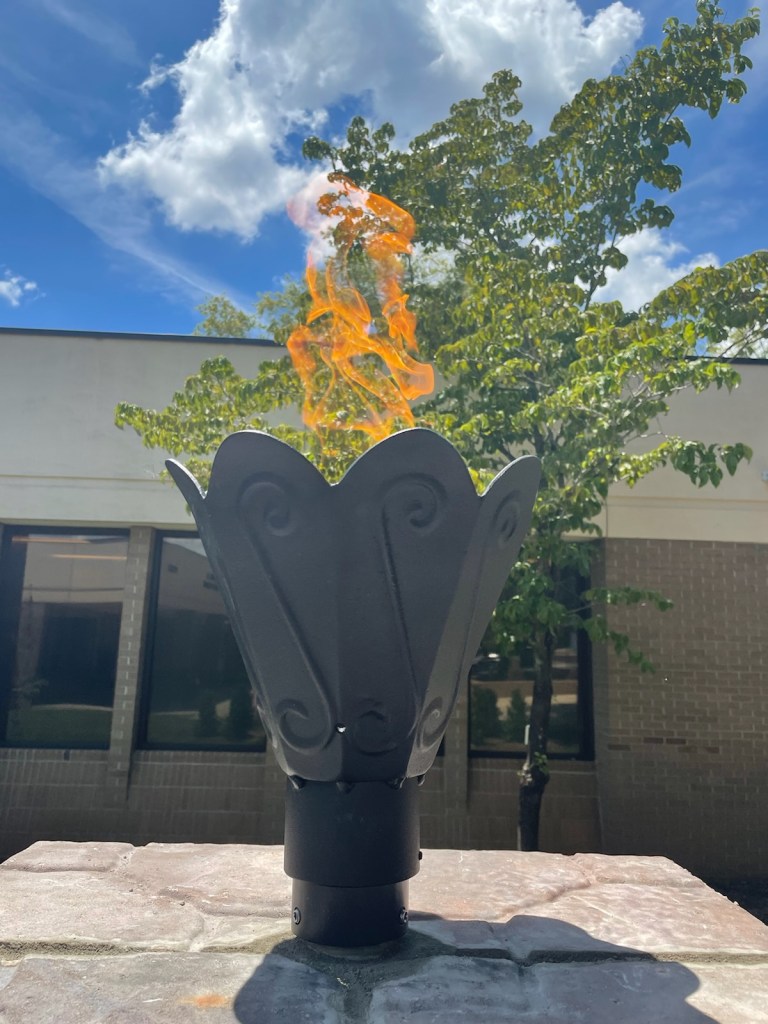 Merriam-Webster Dictionary defines “eternal flame” as “a small fire that is kept burning as a symbol to show that something will never end.” Americus and Sumter County have recently added an eternal flame to the Public Servants’ Memorial in the courtyard at the Thomas Public Safety Building on South Lee Street.  It is the cap on a beautiful memorial which honors our public servants who gave all they have on our behalf. It was made possible by serval citizens and has been in the works for a significant amount of time.

The monument welcomes a time for reflection and thanksgiving, but it also offers an opportunity to hold dear some of our highest values. To serve one another with a fierce intention to see peace established, to cultivate bravery, to protect what is honorable, to hold high a banner which defines who we are as a community. While it is a reminder of those who gave their lives practicing these things, there is also a clear message to remember we still have those who have dedicated themselves to hold these values daily. There is dignity here. You rarely will see a public servant who feels the need to tell you they intentionally practice these things on our behalf. They require no praise to keep coming through for us. They do it because of who they are. While no praise is required, what is our role in honoring those who take seriously their responsibility and joy to honor who we are?

We get to decide. For some it looks like honoring their wisdom and following their advice. Others make it a point to offer their praise to God himself. Some of us let our appreciation show through food and drink. There are artists among us who take delight in expressing just what a public servant is to them through their drawings and quilts. Many a driver owns a car tag or a window sticker stating their stance. From time to time there is the one who texts them to say, “I am cheering for you!” Others will buy a meal. It is not unusual to find some of us modeling t-shirts or pins saying we are on their team. Some endorse their mission so much they hand over cash and trust they will use it to reach those we will never have the opportunity to reach. And then there are those who show up and remember. They sit in both the agony of losing a servant and the joy of knowing some still yoke themselves to ideals which serve and protect us well. It is not an easy task to sit in emotions so rich, but we sit, and we indulge in the mystery of the gift we have been given through our public servants. And for those in Sumter County who consider it honor to sit with such a mystery there a place to do so on Lee Street.

The memorial itself is a beautifully and magnanimous offering. Much like our public servants. It is not brick and mortar alone. Some things in life demand the beauty which can only be expressed through creation, so there is landscaping to add to the experience of beholding the monument. In case you need someone to open the door for you in how to begin to reflect, the monument itself offers instructions through its engraving. “Let us hold in honored memory the public servants who gave their lives protecting and serving the citizens of Americus and Sumter County. It is not how these individuals died that made them heroes, it is how they lived.” Should you need something more specific, the names of public servants who have given their lives upholding our most precious values flank the other side of the monument. Sadly, but realistically, there is room for other names to be added. In that space for another names, there is reason to dedicate ourselves to gratitude. 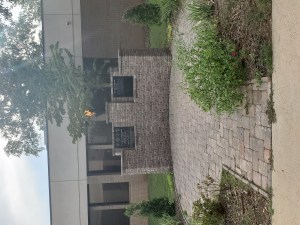 Perhaps one of the most eloquent features of the memorial is the eternal flame. It has been added just recently, although it always was intended to burn. As Americus Police Department Chief Mark Scott states, “The flame was part of the original concept drawing when we began the memorial project. Though the design of the actual monument changed several times through the planning process, the eternal flame, which has been a symbol of remembrance from antiquity, always remained as a focal point of the memorial. It took over a year to identify a manufacturer and select an appropriate design, but I believe the finished product was well worth the wait.”

Yes, take a moment to soak it all in. We all hold something dear to our hearts, that speaks deeply to who we are as an individual and collectively to who we are as a community. Our public servants carry our ideals in a particularly powerful way. We have a memorial to take in, and when viewing the “small fire that is kept burning” we can rest assured some things will never end.