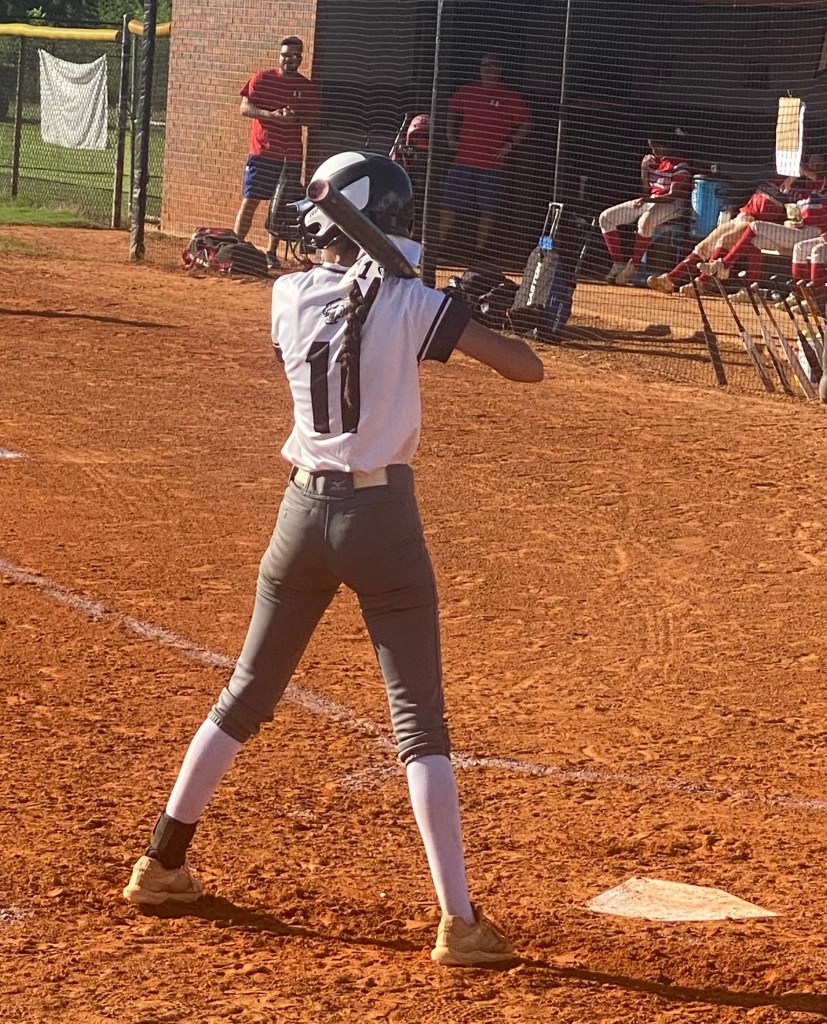 Schley County second baseman Brenna Jacobs went 1 for 1 at the plate with a single, an RBI and three runs scored in the Lady Wildcats’ 19-1 drubbing of Webster County. ATR Archive

With the win, the Lady Wildcats are now 8-4 on the season and this is the third straight victory in which they have run ruled their opponent.

By the time the third inning rolled around, SCHS had already taken a 7-1 lead as a result of scoring six runs on seven hits. In the second inning, Kayleigh Cox drove in a run on an RBI double and Abby Sellers drove in another run on a sacrifice fly. Makena Wurtz would later drive in the Lady Wildcats’ fourth run of the game on an RBI single and Reece Bell followed that up with a two-run single to give SCHS a 6-1 lead. Jaelyn Wynn closed out the top of the second with an RBI single and the Lady Wildcats were firmly in command with a 7-1 lead.

Wynn, who was the SCHS starting pitcher, retired in order the three Bobcats she faced in the bottom of the second and it paved the way for the 12-run barrage that SCHS exacted on the Lady Bobcats. Cox led off the top of the third with a double and Sellers followed with an RBI triple to give the Lady Wildcats an 8-1 advantage. However, Sellers was able to score as the result of an error and SCHS had a 9-1 advantage with nobody out.

Emma Campbell kept the onslaught going with a single and with runners at first and second with one out, Destiny LeCroy singled to left field, but advanced to second on an error that also allowed Campbell to score, making it 10-1 SCHS with only one out.

Abby Sellers drove in two more runs on an RBI single before Campbell grounded out for the second out of the inning. However, the inning did not end before Dixie Justice drove in a run on an RBI double and Brenna Jacobs singled home the Lady Wildcats’ 18th run of the game. The 19th and final SCHS run of the ball game came when Kalli Bishop hit a fly ball into center field and the ball was misplayed by the WCHS center fielder for another error. This allowed Jacobs to score on the play and it completed the 12-run third inning for SCHS.

With one out in the bottom of the third, Wynn walked Aryanna Hamilton and Iris Weldon reached on an error. Wynn then walked Georgia Green, but Hamilton was thrown out trying to steal third base for the second out. Weldon then made the third out of the inning and the final out of the ball game when she was thrown out trying to steal third base as well. Being that the Lady Wildcats had an 18-run lead, the game was declared over due to GHSA rules on run differential after so many innings.

Wynn pitched all three innings for the Lady Wildcats. She gave up one run on a hit, walked three batters and struck out four.

SCHS will not take the field again until Thursday, September 8 when they travel over to Buena Vista to take on Marion County. First pitch of that game is scheduled for 5 p.m.