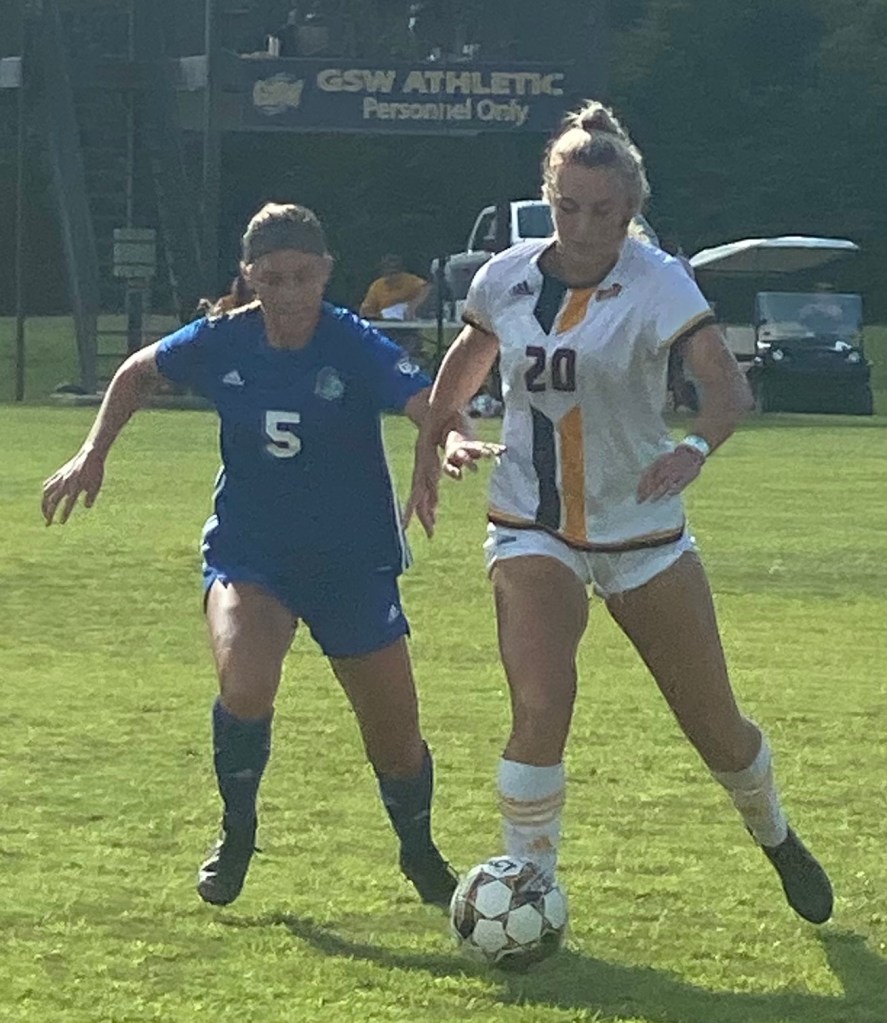 GSW junior forward Payton Johnson (#20) scored one of the Lady Hurricanes’ four goals in their 4-0 win over Albany State. The victory was the program’s largest margin of victory ever against a fellow Peach Belt Conference opponent. ATR Archive

Neither team could score another goal for the rest of the first half and the Lady Hurricanes went into halftime with a 2-0 lead.

However, GSW was able to add to its lead in the 53rd minute when the Lady Golden Rams were whistled for a foul inside the 18-yard box, which awarded GSW a penalty kick. Krystal Elie stepped up and converted the penalty kick and the Lady Hurricanes had a 3-0 lead.

As the match continued, GSW continued to dominate possession and had more chances to score. Then in the 74th minute, ASU was flagged again for a foul in the box and GSW was awarded another penalty kick. Elie once again stepped up and converted the PK to complete the Lady Hurricanes’ 4-0 win over ASU.

The Lady Hurricanes totally dominated this match and it showed in the state sheet, as GSW had a total of 10 shots on goal, while the Lady Golden Rams could only muster two.

GSW will try to build on this victory when the Lady Hurricanes travel to Milledgeville, GA on Saturday, September 17 to take on another PBC opponent, the Lady Bobcats of Georgia College. Kickoff is scheduled for 4 p.m.