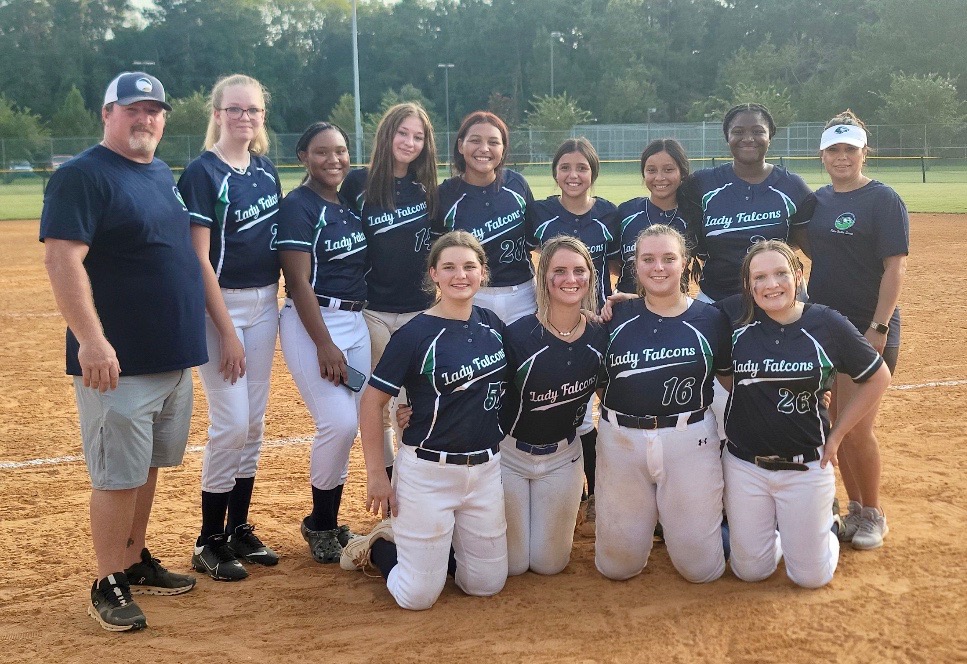 AMERICUS – The Furlow Charter Lady Falcons Softball team (FC) has gotten off to a great start in 2022. Having completed a month of solid play, the Lady Falcons find themselves much improved as September comes to a close.

Despite being an overall young team, the Lady Falcons have used the first part of the season to not only improve, but have also set many school records. To date, FC has earned four wins and seven losses. One of those wins was the Lady Falcons’ first win on any level since 2019 when they posted a JV win against Westover. September has been a successful month for FC. Along with breaking the losing streak, the Lady Falcons also beat their score record for wins. 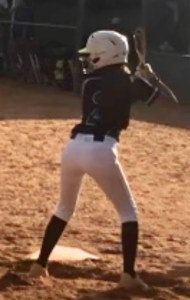 Furlow Charter’s Caylee Gonzalez set a school record for number of stolen bases in a season (22).
Photo by Allen Veal

The Lady Falcons are led by Seniors Anissa Retana and Kendall Roninson. Junior Savanna Lowell was instrumental in leading her fellow outfielders during games and practice. Head Coach Josh Hicks stated, “This has been a good year so far for the girls. We’ve had a lot of support from our parents. Whether it’s cheering in the stands or working the concession stand, our parents are always enthusiastic. As for the team, I believe the girls have bought into the program and can see what future we are building.”

The Lady Falcons have enjoyed the efforts of pitchers Ali Garcia and Peyton Weeks, with Weeks set the school record with 41 strikeouts. Offensively, Caylee Gonzales has 22 stolen bases, which sets a new school record for stolen bases in a season. Kendall Robinson has the team lead in RBIs with five and she also holds the record for RBIs in a single game.

In addition to her accomplishments in the circle, Weeks is getting it done at the plate as well. She currently leads the team in hits with seven and Anissa Retana leads the team in extra base hits with four doubles. Taylor Sheppard has also set a school record with a five-game hitting streak.

Defensively, Retana has led the Lady Falcons, as she has recorded the most outs on the team. In addition to Retana’s defensive prowess, Caylee Gonzalez and Anahi Gonzalez have played great up the middle for FC and both Natalya Larkin and Ansley Veal round out the defense for the Lady Falcons. 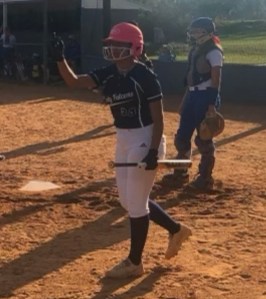 Furlow Charter senior Anissa Retana is a team leader for the Lady Falcons. Defensively, Retana has recorded the most outs on the team.
Photo by Allen Veal

However, the Lady Falcons have not been without their share of injuries, as Madison Daniels and Chole Wooden have missed time with injuries. In closing, FC Head Coach Josh Hicks was pleased with the process of the team. “We are very thankful to the coaches that have agreed to play us this year as we got a late start scheduling and so all of the teams we are playing have been very gracious to us,” Hicks said.  “I am grateful for the work that Cynthia Gonzales, Jennifer Peak, Brooks McDonel, Laura Finley, Brandon Mitchell and Jay Umpelbee have done with these young ladies to help them build a solid foundation.” The lady Falcons are coached by Josh Hicks, Cynthia Gonzales, and Jennifer Peak.