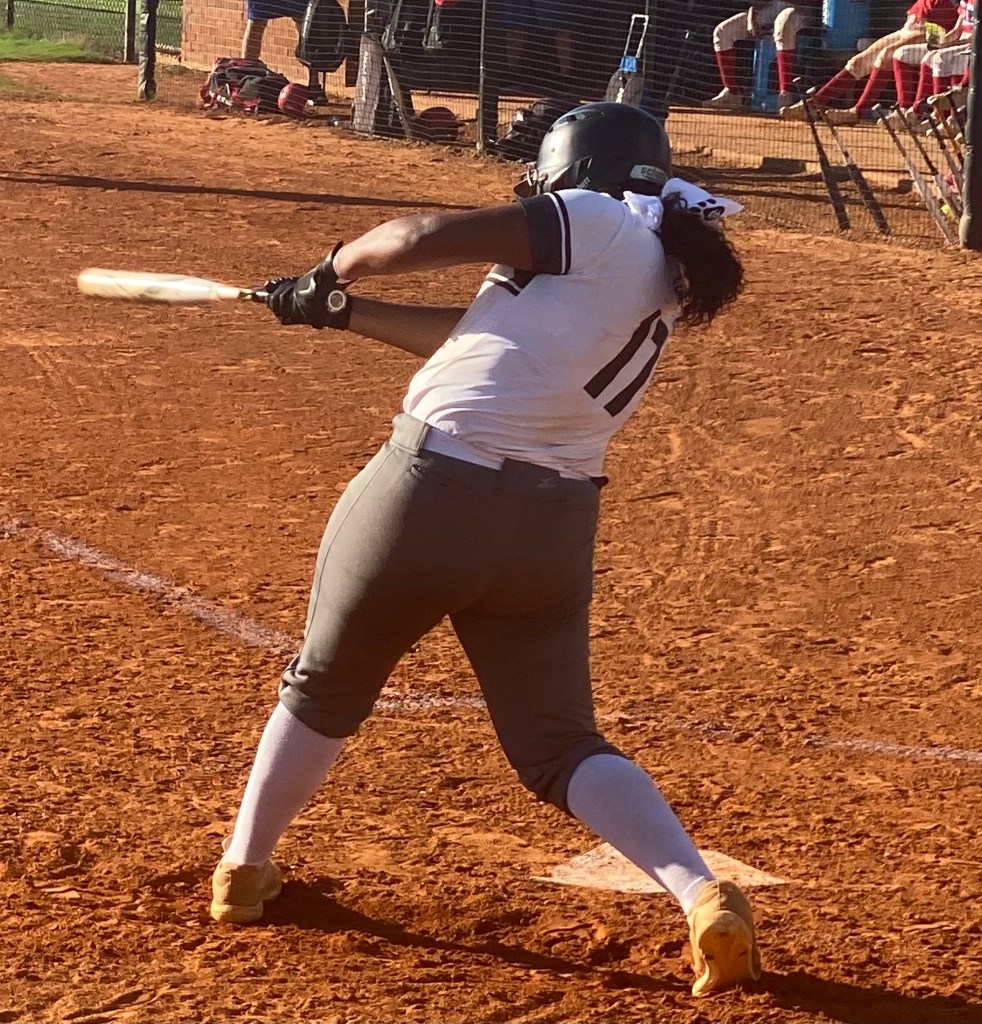 Schley County right fielder Kalli Bishop belted a grand slam home run in the bottom of the seventh inning to bring the Wildcats to within a run at 7-6 in their game against Marion County on Tuesday, October 4. ATR Archive

ELLAVILLE – The Schley County Wildcats (SCHS) trailed Marion County 7-2 going into the bottom of the seventh inning on Tuesday, October 4 at Wildcat Park, but SCHS scored six runs on four hits, including a two-out grand slam home run by SCHS right fielder Kalli Bishop, to claw to within a run at 7-6. However, the Wildcats’ bid for a comeback victory against the Eagles fell short, as MC pitcher Emily Dickerson struck out Abby Cheek to end the game and gave the Eagles a 7-6 victory.

The Eagles responded in the top of the fourth with two runs, but SCHS fought back in the bottom of the fifth with a run on an RBI single by Destiny Leroy, making the score 5-2 in favor of MC.

The Eagles added two more runs in the top of the seventh on RBI doubles from Taylor and Payton Welch, but the Wildcats responded in the bottom of the seventh with three straight two-out singles and the grand slam home run by Bishop. Unfortunately for SCHS, their bid for a come-from-behind victory fell one run short.

Leroy led the SCHS offense by going 3 for 4 at the plate with an RBI and a run scored and center fielder Brenna Jacobs went 2 for 4 with a run scored.

Bishop went 1 for 4 in the contest, but that one hit was her grand slam home run in the bottom of the seventh.

Lizzie Barinas started in the circle for SCHS and went the entire way. In seven innings of work, Barinas gave up seven runs on 12 hits with a walk and three strikeouts.

Payton Welch led the Eagles’ offense by going 3 for 4 with an RBI and a run scored and Tori Green went 3 for 5 with a double and two runs scored.

Emily Dickerson went the entire way in the circle for MC and gave up six runs on 10 hits with a walk and four strikeouts.

Up until Tuesday’s loss to the Eagles, the Wildcats were on a five-game winning streak. They will try to finish out the regular season when they host Taylor County on Senior Day on Thursday, October 6 at 5 p.m.