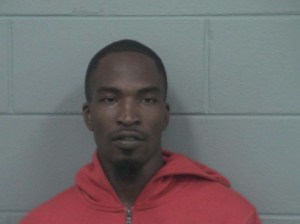 On October 6, 2022 at approximately 1:24 PM, an officer of the Americus Police Department was flagged down by a male subject in the area of Mayo and Elliott Streets. The subject reported that he had just been robbed at gunpoint. Officers began searching the area and located the suspect, 28-year old Devonta T. Jackson nearby.

Jackson fled on foot and was pursued by officers. He was tracked to the area of 305 Bumphead road where he was captured. Sumter County Sheriff Deputies assisted with the foot chase and later recovery of the firearm. Because the suspect was running toward the schools on Bumphead Road, the school system was notified, and Sumter County Primary, Elementary, Intermediate, and Middle Schools were placed on lockdown as a precaution until the suspect was apprehended. The suspect never entered onto school property.

Anyone with additional information regarding this incident is asked to call the Americus Police Department at 229-924-3677 or after hours at 229-937-9011.