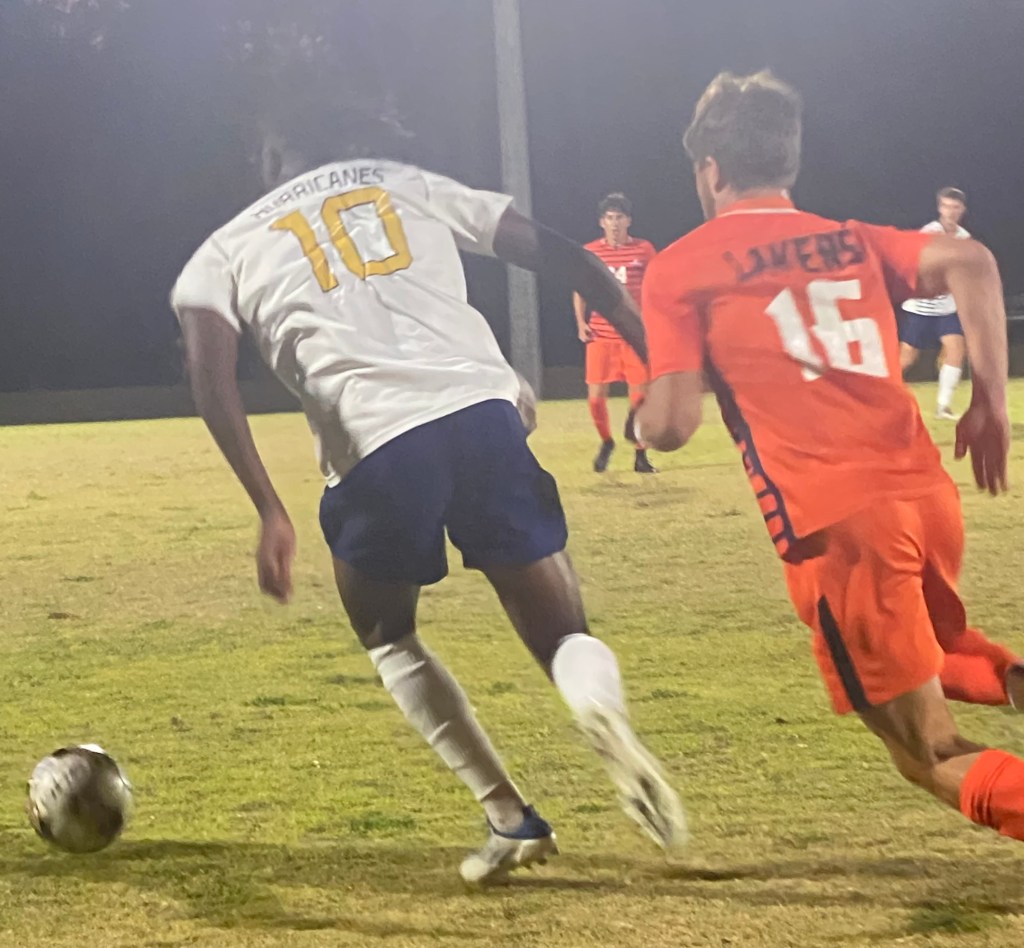 AMERICUS – The Georgia Southwestern State University Men’s Soccer Team (GSW) was overwhelmed early by the Clayton State Lakers in the first half and never could recover. As a result, CSU dominated the Hurricanes 5-0 at Hurricane Field on Wednesday, October 4.

The Lakers scored four unanswered goals in the first half, with the first two coming in the first 11 minutes of the match. The Lakers got their first goal in the sixth minute when Vic Delgado Miller scored off an assist from Geo Rios. Five minutes later, Langston Blackstock scored of an assist from Ian Gomez. Then in the 21st minute, CSU took a 3-0 lead when Blackstock netted his second goal of the match off another assist from Rios. Then in the 33rd minute, the Lakers added to their lead when Hector Fuentes scored an unassisted goal.

Things went from bad to worse for the Hurricanes when GSW Junior Goalkeeper Mauricio Uribe was issued a red card in the 35th minute. Uribe came off his line to try and challenge the CSU player with the ball, but instead of getting the ball, Uribe ended up kicking the player instead. As a result, the referee issued Uribe a red card, meaning that he would miss not only the rest of this match, but the next one as well.

In the 79th minute, the Lakers put the finishing touches on their win when Youkendjy Pacius scored an unassisted goal.

Throughout the match, CSU dominated the run of play by passing the ball around and creating numerous chances to score. CSU’s dominance of the match was so complete that the Hurricanes could only muster one shot on goal over the entire 90 minutes. The Lakers, on the other hand, took nine shots on goal and connected on five of them.

The Hurricanes will regroup and will try to rebound from this setback when they travel up to Dahlonega, GA to take on PBC opponent North Georgia on Saturday, October 8. Kickoff is scheduled for 1 p.m.