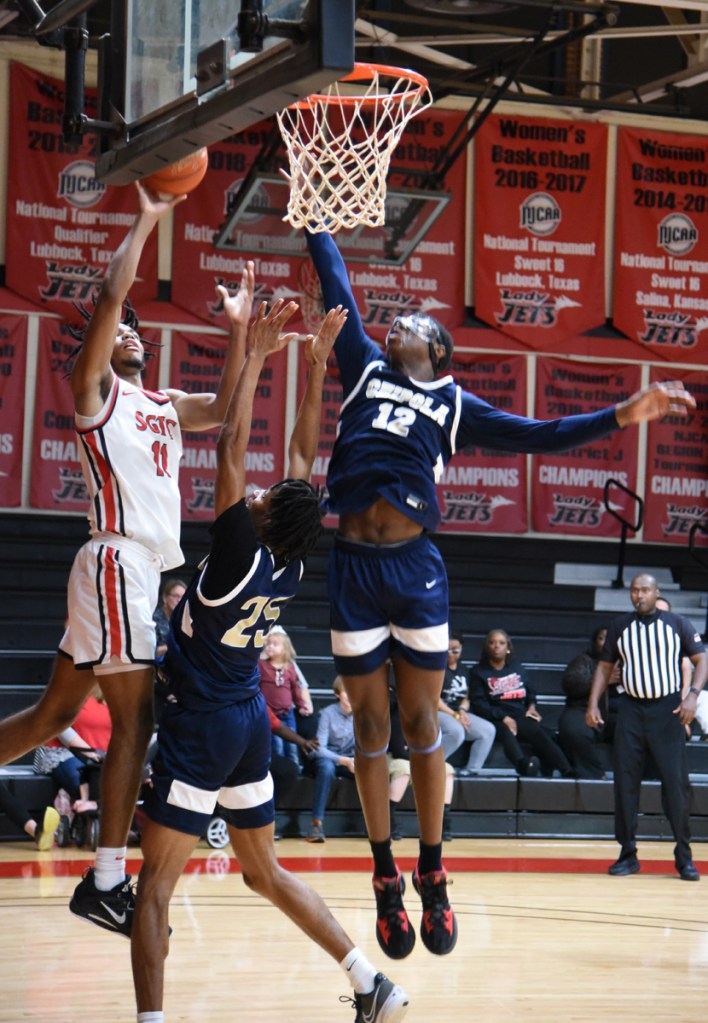 Bryce Turner (#11) was the top scorer for the Jets in the match-up against 4th ranked Chipola. Photo by SGTC Athletics

AMERICUS – The seconds clicked off the clock as the South Georgia Technical College Jets tried to stage a comeback to upset the National Junior College Athletic Association (NJCAA) fourth ranked Chipola State College Indians recently and Chipola walked away with a 69 – 64 decision in the Hangar.  The loss dropped the Jets to 3 – 4 on the season and Chipola moved to 11 – 0.

The Jets missed a three-point shot and a layup in the last 30 seconds of the match-up with Chipola, which could have propelled them to a tie and possibly a chance to take the win in overtime.  “We just didn’t execute when we needed to,” said South Georgia Technical College Jets head coach Chris Ballauer.  “Chipola is a great team and they punish you when you make mistakes.  We had opportunities to win, but we just couldn’t take advantage of those opportunities.”

The SGTC Jets lost to Chipola 85 – 57 earlier in the season in Marianna, FL.  Former SGTC Jets assistant coach Jaren Harris is now an assistant coach for the Chipola Indians.  “We ran into some foul trouble, missed some shots, and had too many turnovers, but I felt like we showed what we could do against a highly ranked team” added Ballauer.  “I believe this type of competition will help us as we move forward.”

The game was very physical and both teams played strong defense.  This was the first time this season the Chipola had been held to less than 70 points.  They have scored as many as 108 points and are averaging 85.7 points per game. The Jets are averaging 73.8 points per game and their highest point production is 91.