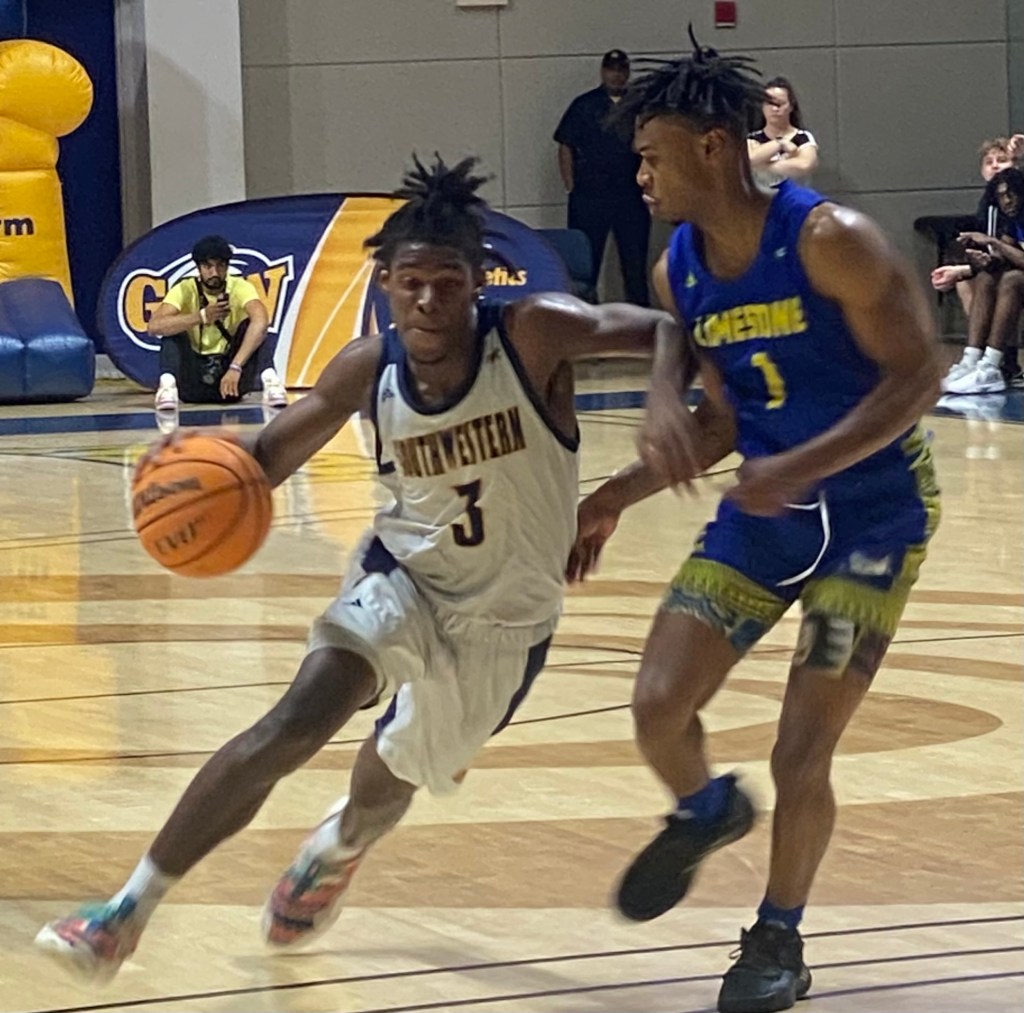 GSW sophomore guard Jarrett Adderton scored 21 points, including 11 of 14 from the foul line, to lead the Hurricanes in scoring in their loss to Limestone University. Photo by Ken Gustafson

AMERICUS – The Georgia Southwestern State University men’s basketball team (GSW) came into its non-conference matchup against Limestone University (LU) riding a four-game winning streak. However, the Hurricanes committed 18 turnovers and made just 18-31 foul shots (58.1 percent). As a result, GSW was dealt a 74-61 loss at the hands of the Saints at the Storm Dome on Wednesday, November 30.

The loss snaps the Hurricanes’ four-game winning streak and they are now 4-2 on the season. With the win, LU improves to 2-4.

After the game, an extremely disappointed GSW Head Coach Aaron Coombs stated that based upon how his team has been practicing of late, he wasn’t surprised at the outcome.

“They (LU) just whipped us on our home floor,” Coombs said. “No fight! No fight whatsoever from my guys. I’m just incredibly disappointed, but we had three or four terrible, terrible days of practice leading up to this. I did not feel good about this game at all and give all credit to Limestone. They out played us in every single facet. It is what it is. We got beat on our home floor and we got whipped and that’s the summary of tonight.”

Jarrett Adderton had another strong game for GSW. The sophomore guard from Thomaston, GA led the Hurricanes in scoring with 21 points on 5 of 19 shooting and knocked down 11-14 free throws. However, the rest of the Hurricanes combined to shoot 7 for 17 from the charity stripe and that, along with 18 GSW turnovers, ended up being a major contributing factor in the loss to the Saints. 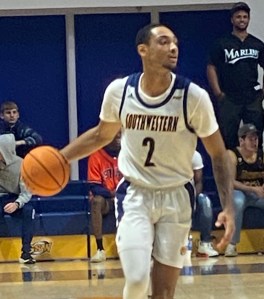 In addition to Adderton’s 21 points to lead all scorers, senior guard Devon Higgs scored 11 points, but went 0-5 from the foul line. Sophomore forward Reggie Raynor was also in double figures with 10 points and made 4 of 7 foul shots.

The Saints jumped out to a 7-3 lead to start the game, but the Hurricanes went on a 4-0 run that was capped off with a steal and a transition basket by Higgs to tie the game at 7-7.

Over the next 12 minutes, LU outscored GSW 16-9 to take a 23-16 lead by the 7:42 mark of the first half. However, after LU guard Jordan Preaster drained a three-pointer, he said something to the GSW bench and was assessed a technical foul. From that point until the end of the first half, the Saints struggled from the field and the Hurricanes went on a 7-2 run that was capped off with a layup by Jordan Clark just before the horn sounded to give GSW a 29-28 halftime lead. 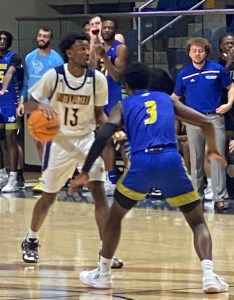 Over the first eight minutes of the second half, it was a back-and-forth affair between both teams. By the 12:11 mark, the Saints had a 45-43 lead, but out of a time out, Adderton tied the game at 45-45 when he drove to the basket and scored.

Over the next four minutes, LU outscored the Hurricanes 9-6, but Higgs drilled a three-pointer to keep GSW within three at 54-51 before timeout was called with 7:13 to play.

Out of the time out, LU’s Isayah Owens scored, sparking a 7-3 run by the Saints, but Clark responded for the Hurricanes with a basket on the dribble drive, bringing GSW to within five at 61-56 with about four and a half minutes to play. 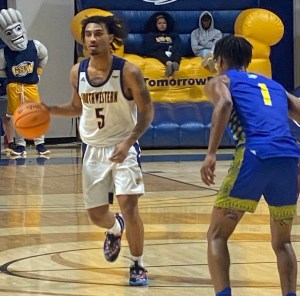 Over the final four minutes of the contest, GSW tried to make a run for a come-from-behind victory and got to within five at 65-60 on a jumper from Brian Tolefree with 1:55 to go. However, a late GSW turnover and a 7-0 run by the Saints effectively put the game away and the Hurricanes went on to suffer a 74-61 defeat a the hands of LU.

The Saints had four players score in double figures. Ayden Hickman led LU in scoring with 18 points, Isayah Owens had 15, Ben Gahlert scored 14 and Richard Nunez chipped in 11 in the winning cause.

The Hurricanes will have a week to make corrections and will try to rebound from this setback next Wednesday, December 7 at 7:30 p.m. when they host Albany State in a rematch from Tuesday, November 22. In their first game against the Golden Rams in Albany, the Hurricanes won 78-57.