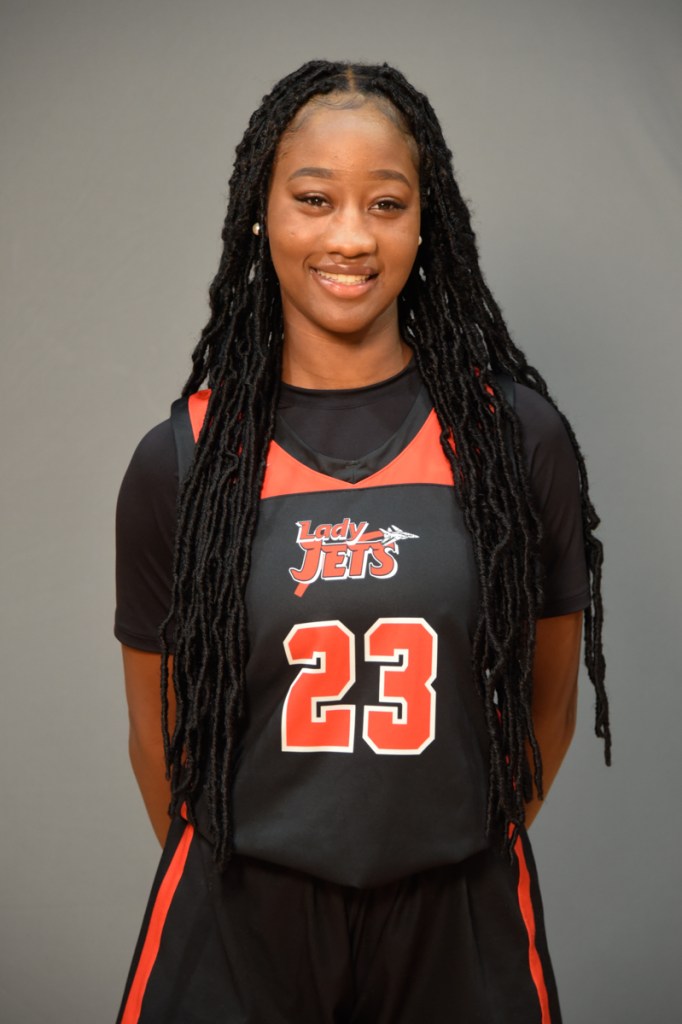 AMERICUS – South Georgia Technical College’s Fanta Gassama has been selected as the Georgia Collegiate Athletic Association’s Division 1 Women’s Basketball player of the week for the first poll of 2023.  Gassama averaged 11.3 points, 15.6 rebounds, 3.3 assists, 2.6 steals and 1.3 blocks in three wins for the Lady Jets last week and helped lead them to a #2 national ranking in the latest National Junior College Athletic Association (NJCAA) poll.

This is the second time this season that Gassama, a 6’ 1” sophomore center from Mataro, Spain, has captured this honor.  She was recognized as the Player of the Week back on December 12 after she averaged 18.3 points and led the Lady Jets to three wins that week as well.

Gassama is the only Lady Jet to be selected for this honor twice this season.  She joins Camryn James, a 6’ 2” sophomore forward from Macon, GA; Luana Leite, a 5’ 7” sophomore guard from Sao Paola, Brazil; Alexia Dizeko, a 5’ 11” forward from Sion, Switzerland; and Veronika Palfi, a 5’ 6” freshman guard from Pecs, Hungary, as a Player of the Week in the GCAA.

SGTC Lady Jets players have claimed the honor for six of the seven weeks that the award has been given.  Gassama is currently averaging 13.5 points per game and has started 17 of the Lady Jets’ 18 games this season. She is averaging 12.8 rebounds, 2.7 assists, 1.6 steals and .9 blocks per game this season.