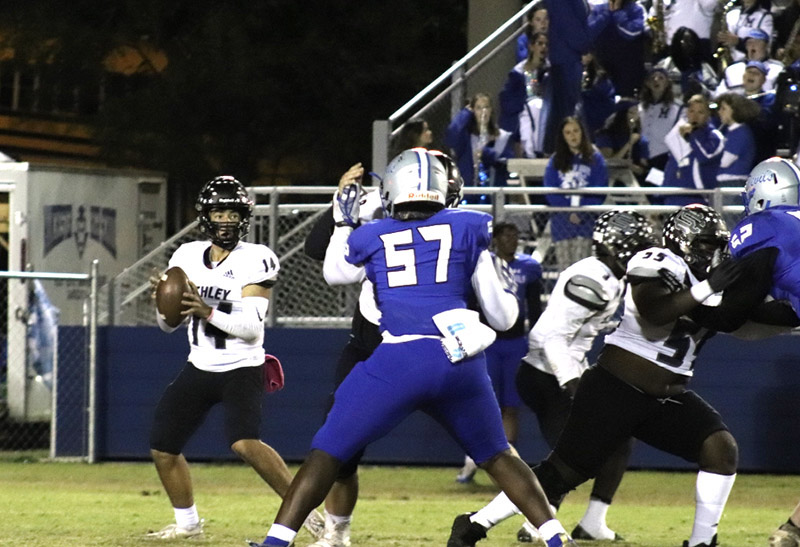 ELLAVILLE – Five Schley County football players were honored by Georgia High School Football Daily (GHSFD) for their accomplishments on the field during the 2022 season. Four of them earned All-State honors and one of them, Senior LB Luke Forehand, earned All-State Honorable Mention honors.

All of these players, along with their teammates, helped lead the Wildcats (12-3) all the way to the state finals, were they lost to Bowdon 39-31 in the GHSA Class A D2 state championship.

Kanazawa was one of the most prolific passers in the state in 2022. The junior signal caller completed 214 of 335 passes for 3,266 yards and 35 touchdowns to just nine interceptions. 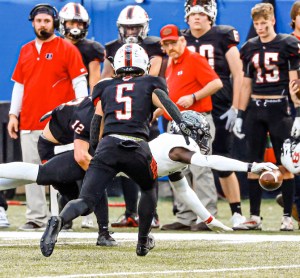 Schley County junior wide receiver JaLewis Solomon is shown here making a catch along the sidelines in the state championship game against Bowdon. Solomon earned All-State honors from Georgia High School Football Daily for his accomplishments on the field.
Photo by Shannan Blanchard

Many of Kanazawa’s completions and touchdowns went to JaLewis Solomon, who earned All-State honors for his 86 receptions for 1,210 yards and 10 touchdowns. 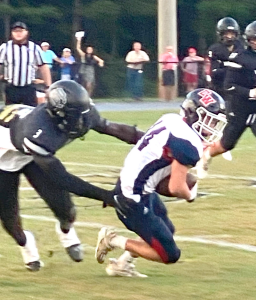 Schley County sophomore linebacker Zayden Walker earned All-State honors for his defensive accomplishments on the field for the Wildcats in 2022.
ATR Archive

On the defensive side of the ball, two more Wildcats earned All-State honors. Sophomore LB Zayden Walker tallied 18 solo tackles and 17 assisted tackles for a total of 35 tackles. Twelve of those tackles were tackles for loss and he also had three sacks and 19 hurries on the season. In addition to those statistics, Walker also had two interceptions, caused two fumbles and had one fumble recovery. 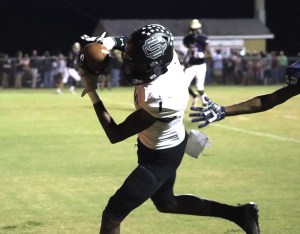 Schley County senior defensive back Clinton Jackson earned All-State honors for his defensive accomplishments on the field for the Wildcats in 2022.
Jackson tallied six interceptions, caused two fumbles and recovered one during the 2022 season.
Photo by Abbey Cheek 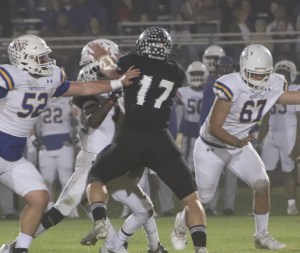 Last, but certainly not least, Senior LB Luke Forehand was named All-State Honorable Mention, but his contribution to the Wildcats’ success was in no way less important than that of his aforementioned teammates. Forehand had seven sacks and nine hurries and he tallied 44 solo tackles and 52 assisted tackles for a total of 96 tackles on the year. Forehand also caused and recovered three fumbles for the Wildcats.