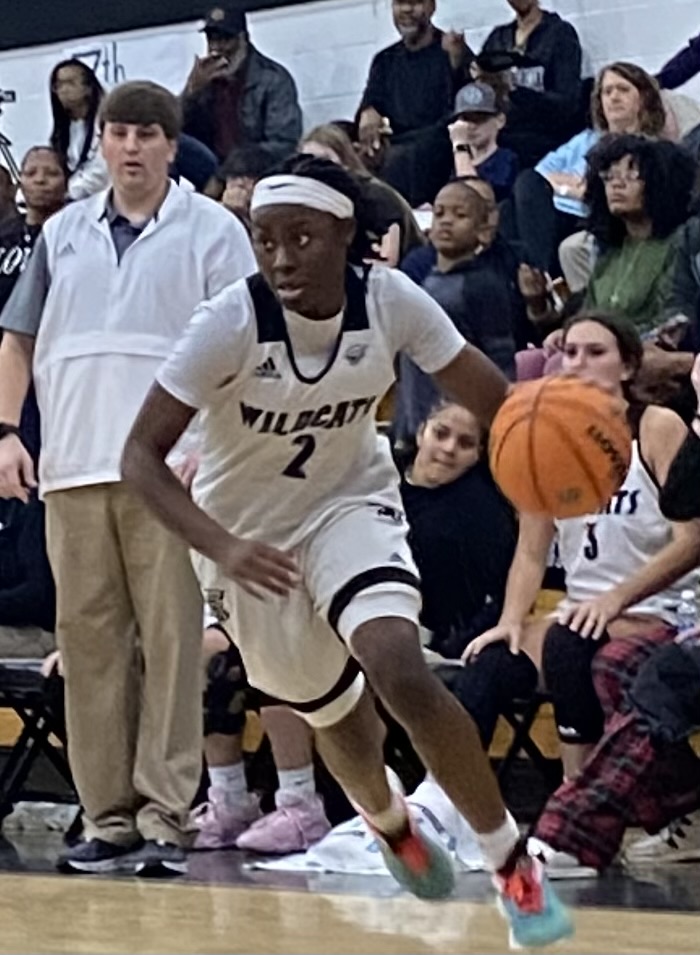 Schley County sophomore guard Jesstynie Scott scored 22 points, including 10 of them in the double overtime sessions, to lead the Lady Wildcats to a 66-63 double overtime victory over Manchester. ATR Archive

ELLAVILLE – After handing Taylor County its first loss of the season on Friday, January 6, the Schley County Lady Wildcats (SCHS) followed that up with another thrilling victory the very next day against Manchester (MHS). It took two extra sessions to get it done, but the Lady Wildcats were able to edge out the Lady Blue Devils 66-63 in double overtime.

“I’m really proud of how hard our girls played after such a big win the night before versus Taylor,” SCHS Head Coach Brent Moore said.

“She (Scott) put the team on her back down the stretch and made the plays when we needed it,” Moore said. “I’m really proud of her and our entire team. Everyone battled hard the entire weekend.”

In addition to Scott’s 22 points to lead SCHS, junior guard Emma Walker poured in 14 points and sophomore center Kalli Bishop scored 13 in the winning cause.

With the win, the Lady Wildcats are now 7-1 overall on the season and they are currently in second place at 4-1 in the Region 6A D2 standings behind Taylor County (12-1, 5-1).