In spite of a valiant effort, Lady Panthers go winless in three-game trifecta 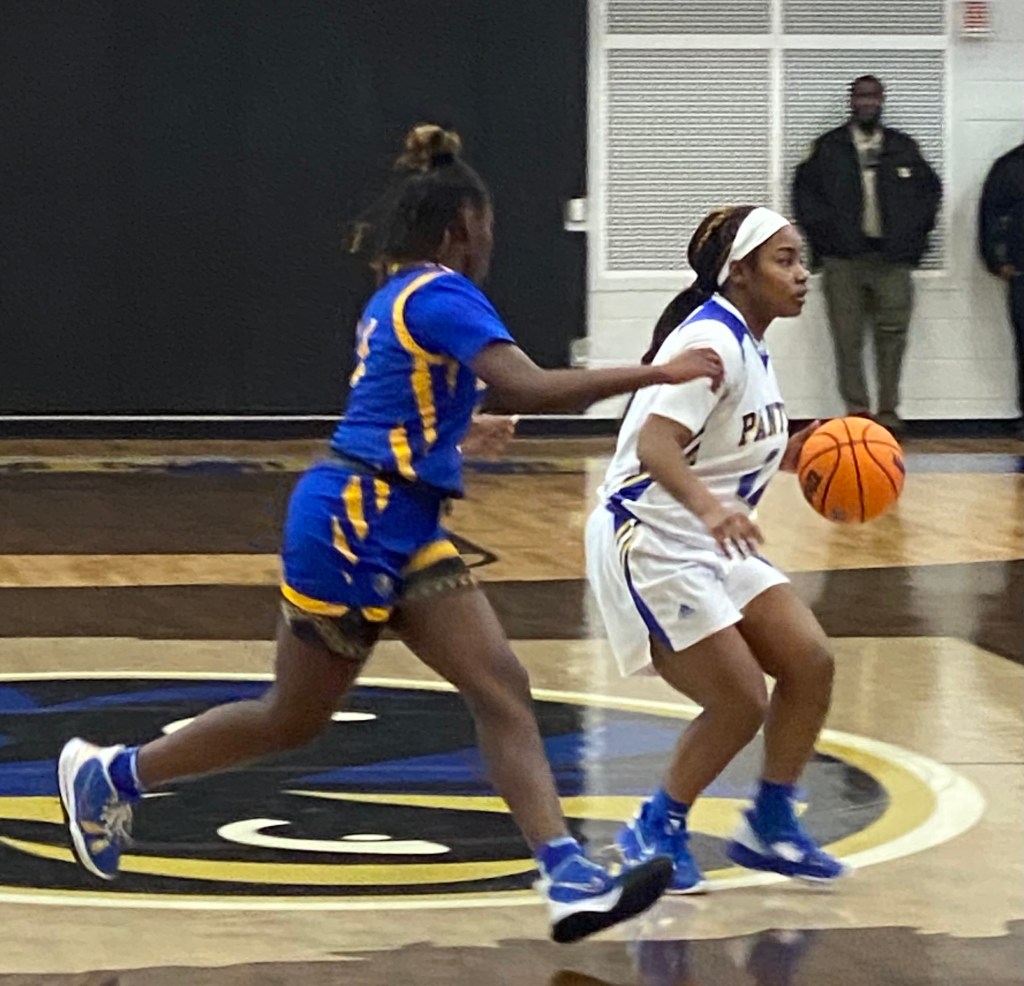 AMERICUS – In spite of their 1-12 start to the season so far, the Sumter County Varsity Girls’ Basketball Team (SCHS) has fought extremely hard throughout the season. Unfortunately for the Lady Panthers, three things have reared their ugly heads time and time again throughout the 2022-23 season: turnovers, missed easy shots and missed foul shots. Since their 56-50 win over Cook on January 6, their only win of the season, the Lady Panthers have now dropped three straight contests. In these last three contests, especially in the game against Crisp County on Martin Luther King Day, these three issues of turnovers, missed layups and missed free throws played a prominent factor in each of their three losses to Berrien, Dodge County and especially against Crisp County.

In the first game of their three-game trifecta, the Lady Panthers went down to Nashville, GA to take on Berrien, but fell to the Lady Reblestts 46-31.

In that game, the Lady Panthers fell behind 19-9 by halftime and could not overcome that double-digit deficit. Telisha Williams led SCHS in scoring with nine points in the losing cause.

The following day, the Lady Panthers were hoping to finally earn their second win of the season against Dodge County (DC) at the Panther Den. However, the Lady Indians stormed out to a 29-9 lead by halftime and once again, it was too much of a deficit for SCHS to overcome. As a result, the Lady Panthers went on to lose to DC by the score of 58-43. 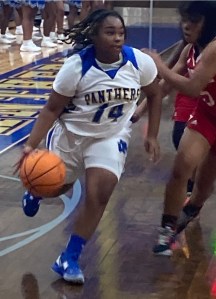 In that game, D’Eria Clark led SCHS in scoring with 16 points and connected on three three-pointers. Haley Moore poured in eight points and Ja’Nya Edwards chipped in five for the Lady Panthers in the losing cause.

SCHS did not have much time to think about what might have been, as they faced their archrivals from across the Flint River, the Lady Cougars of Crisp County, at the Panther Den on the Martin Luther King Jr. holiday.

As one should expect between two rivals, it was a tightly contested game throughout. However, due to several missed layups and missed free throws by the Lady Panthers, SCHS fell to the Lady Cougars 53-50 in a heartbreaking loss.

Kamiyah Barron led the Lady Panthers in scoring with 17 points and Janiyah Edwards chipped in nine for SCHS in the losing cause. 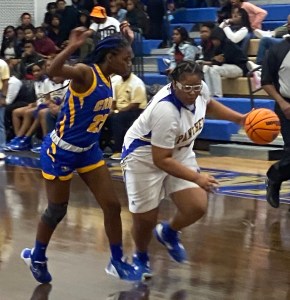 SCHS jumped out to a 12-6 lead in the first quarter, but CC responded with a 5-2 run of its own to cut the Lady Panthers’ lead to 14-11. Both teams traded baskets in the second quarter, but thanks to a three-pointer and some made free throws by Barron just before halftime, SCHS had a 28-20 lead.

However, the Lady Cougars fought back and outscored the Lady Panthers 21-12 in the third quarter to take a 41-40 lead.

Early in the fourth quarter, CC increased its lead to 44-40, but D’Eria Clark made one of two foul shots to cut the SCHS deficit to 44-41. During this period of the game, the Lady Cougars implemented a full court press and the Lady Panthers were able to handle it, but they went scoreless for the next two minutes until Haley Moore scored on a dribble drive. Moore was fouled on the play and had a chance to convert the three-point play, but she missed the foul shot and the Lady Panthers trailed 46-43 with 5:20 to go in the game.

Over the next minute, the Lady Cougars led 47-44, but Edwards was fouled in the act of shooting. However, Edwards missed both free throws, which would have brought SCHS to within one. As mentioned earlier, missed foul shots, along with several missed layups, plagued the Lady Panthers in the fourth quarter and during other periods of the game.

However, Barron would later make one of two foul shots after being fouled, but on the second miss, Edwards was there for the put back and SCHS only trailed 49-47. The Lady Panthers then forced a turnover and Edwards had a chance to tie the game. However, she made one of her two foul shots, binging SCHS to within one at 49-48.

Near the 2:00 mark, the Lady Panthers trailed 50-48, but Madison Shelton tied the game at 50-50 when she drove through the lane and scored. However, the Lady Cougars would regain the lead when Micalyn Holmes made two foul shots.

With 18.4 seconds to go, the Lady Panthers had the ball with a chance to tie, but CC’s full court press forced a turnover. Then with 7.1 seconds left, D’Eria Clark went for a steal and thought she had it, but was called for a foul. CC’s Marlasia Wilson made one of the two foul shots, which meant the Lady Panthers’ still had hope for a desperation three-pointer to tie the game. However, they were unable to get a shot off before the horn sounded and SCHS lost a heartbreaker to the Lady Cougars by the score of 53-50.

The Lady Panthers (1-12) will travel down to Sylvester, GA on Tuesday, January 17 to try to earn their second win of the season against the Lady Rams of Worth County. Tip off is scheduled for 6 p.m.