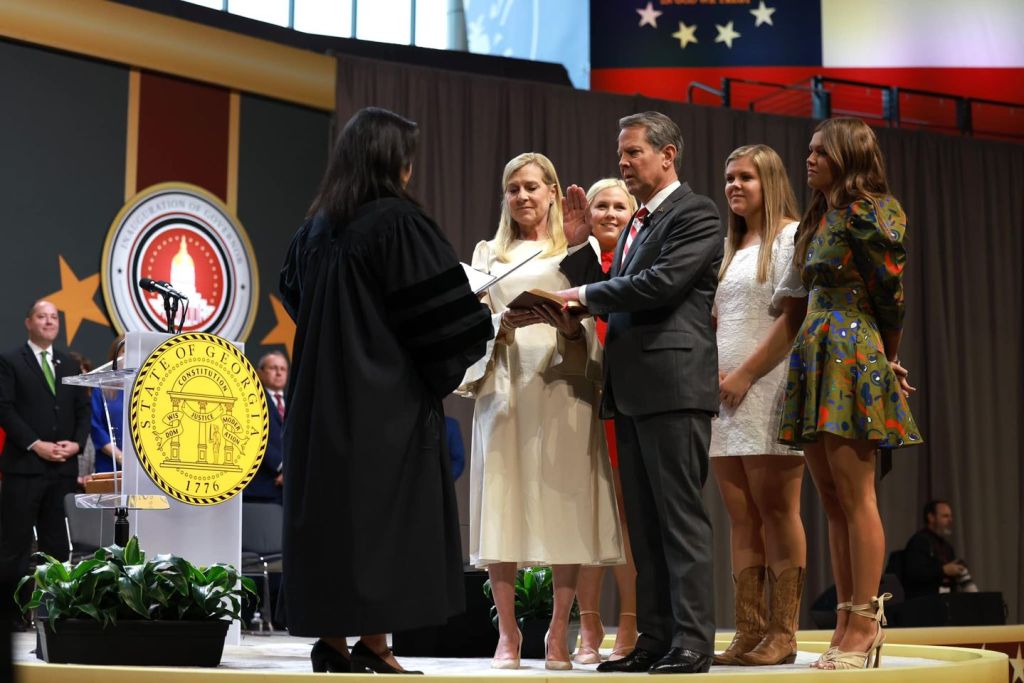 The Kemp family watches as the dad makes a promise to Georgians. Credit: Brain Kemp FB

Right in the middle of downtown Atlanta, our 83rd Governor, Brain P. Kemp, promised to serve the State of Georgia for another four years. He did so in front of his neighbors living in North, Central and South Georgia all the way from our side of Alabama to the Atlantic Ocean. He stood up for our North Georgia Mountains and our gorgeous beaches and swamplands. He holds court in the mighty peanut and cotton fields and our pecan and peach orchards, while he simultaneously sings the praises of our proud skyscrapers and industrial complexes.  To make such a promise to the people of Georgia means he is taking on the challenges of the family living in the 150-year-old palatial home set against 200 acres, reeking of history, but he also must be mindful his hand is chosen to reach out to those of us living in newly constructed studio apartments popping up in the developing parts of our metropolitan areas. Among these he must also keep his heart set on those living in tents with last week’s newspaper as a blanket. He must have an eye for the “minutia” but in his reality, there is no option for a detail to be minor, because no Georgian is a minor detail. He must love our rich history, but be more in love with a hopeful future. He must have a heart for all races, classes, ages, genders, religions, orientations and political views. It is simply a requirement, because Georgians are each marked with a joy, a hope, a struggle, an adventure, and a battle to win. We require a leader who sees us both individually and collectively. On November 8, 2022, Brain Kemp was chosen as the man Georgians wanted for the job. On January 12, 2023, Brain Kemp officially told the Great State of Georgia he would accept his assignment.

It was a grey morning, which turned into a tumultuous afternoon, which later revealed the most perfect evening sunset. There were John Deere tractors in our fields, there were city buses on our boulevards, there was the electric car on the avenue, there was a pickup unloading from his hitch the trailer carrying an unknown treasure, there was the semitruck on our interstate with a staple which would hit our homes later that day, there was the bicyclist who would take to the bike lane to get to work, there was the school bus waiting on a seventh grader in our neighborhood, there was a Delta Jet taking us to places long dreamed of, there was a container ship being watched from River Street, there was Georgia made Kia climbing diligently over the mountains, there was a caterpillar bulldozer mining up our kaolin, and there were many, many who simply watched all of this drive by. It was a beautifully normal day. We like those in Georgia. Georgians, we like our ordinary, and our ordinary is to crave to the extraordinary. We ourselves are a people of rich history with a finely tuned hope, perhaps this is why we look for similar qualities in the person we hire to make decisions on our behalf.  It is a big undertaking to be sure, one taken with great consideration. The Kemps, Brain, Marty and their three girls, all of them had to sit in consideration, because where daddy goes, they all go. 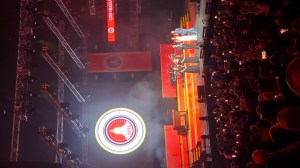 The willingness won out. There would be qualifying papers, campaign signage and a voting ballot with the Kemp name on it. The majority of Georgia would put a check by that name indicating their desire. On this day, Kemp would place his hand on sacred scripture and promise to “preserve, protect and defend the Constitution of the State of Georgia and the Constitution of the United States, so help me God.” Upon this promise the crowd stood to their feet and applauded, perhaps in gratitude, perhaps in congratulatory gestures, perhaps in prayer, but most certainly in hope. After our newly minted governor swore in other constitutional officers, he addressed his employer, the Georgian. He reminded us he had promised to “put hard working Georgians first.” He reported out on what he had promised us four years ago. What he did not see coming was a pandemic within the first year of his term. He knew he would be fighting for the economic success of our state but he had no idea the threat would be secondary to a killer. He was the last governor to shut down a state. He was the first to open a state back up. He refused to take Georgians hostage with government overreach and mandates and instead trusted them to make decisions which best suit them.

He decided to stand true to his faith in a Georgian and Georgia rebounded both physically and economically. He led our state “to break record after record and set an example for the rest of the nation.” He doesn’t say the past four years have been perfection. In fact, he readily admits there were struggles. “But thanks to the character of our people, and determination of public servants and local heroes in every corner of our state, I believe now more than ever, Georgia’s best days are ahead of us.” He remarks on resiliency. It is a Georgian hallmark. “I’ll say this, my heart has never been more proud to be a Georgian. Just an ole construction guy from Athens has never been more optimistic about the future of our state.” Brain promised to keep strolling the lands of our state to take on challenges and capitalized on our strengths. People, families and communities across the state remain on the top of his mind. He promised his administration and the leadership of this state will “put you and your families first. Over the next four years we are going to be focusing on growing Georgia, not growing government.” Kemp intends to return the budget surplus back to the taxpayers, addressing learning loss, crime and releasing resources for law enforcement “and use every tool at our disposal to keep your families safe.” Campaign promises made for the next four years are in fact his vision for legislation. He promotes conservative budgeting for the growth and opportunity it brings. He sees the benefit of leaders who “have a backbone to follow through and stand firm” listening to the people, not media or pundits. “Because we did that, Georgia came roaring back. Georgia has the lowest unemployment rate in the history of our state, broken economic record after record and announced four of the largest job projects in the history of our state in the last year and a half. That unprecedented success is because of the people of our state, and because they were so resilient. Hard working Georgians had hope the next day would be better. Families had faith that tomorrow would bring good news. My fellow Georgians, that resilience, that hope, that faith, has secured a brighter future for our state, for our children, for our grandchildren, and for future generations. For that each and every one of you has my deepest thanks and the gratitude of all the elected leaders here with us today.” 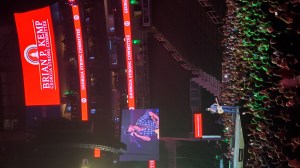 Georgian Luke Bryan entertains the crowd at the Gala. In doing so, he called out Leslie, GA.
Credit: Tracy K. Hall

I saw Colorado this past October. There were 800 of us from all over the States and 7 countries. There were no name tags. I introduced myself as “Tracy from Georgia.” It is always met with a giggle. The group would tell me I could drop the “from Georgia” part. Georgia–it’s in our voice. But it is in other places as well. It is in our hearts. It is in our resiliency. It is in how we love our mama. It is in the very way we spell dawg, how we take a chop and how everybody is a y’all. It is why Coke isn’t a proper noun. It is a group of friends who push us towards heaven and pull us back from hell. It is where strangers turn into old best friends. It is on our front porches and in our sandcastles. It hangs as crisp air hitting Brasstown Bald. It is a hardware store full of gossiping men and a church full of prayerful women. It is in our love of people and peach cobbler. We, along with 49 other states make up the greatest nation in this galaxy. But sometimes it feels like the whole world is contained in but the 159 counties of our Georgia.  That is why she is home. That is why always, always, always, the road leads back to Georgia. She does indeed come in as sweet as moonlight through the pines.