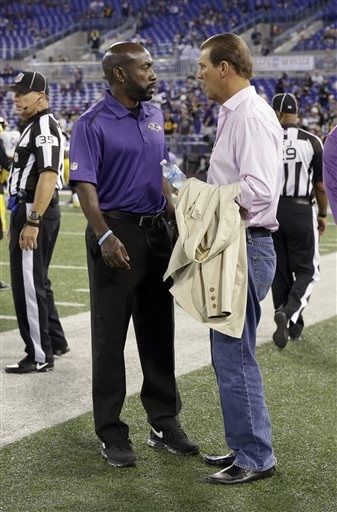 In this photo taken on Sept. 11, 2014, Baltimore Ravens senior director of security Darren Sanders, left, speaks with Ravens owner Steve Bisciotti, before an NFL football game against the Pittsburgh Steelers Thursday, Sept. 11, 2014, in Baltimore. Sanders was charged, Tuesday, Dec. 30, 2014, with a sex offense and is due in court in February, according to court records. (AP Photo/Patrick Semansky)