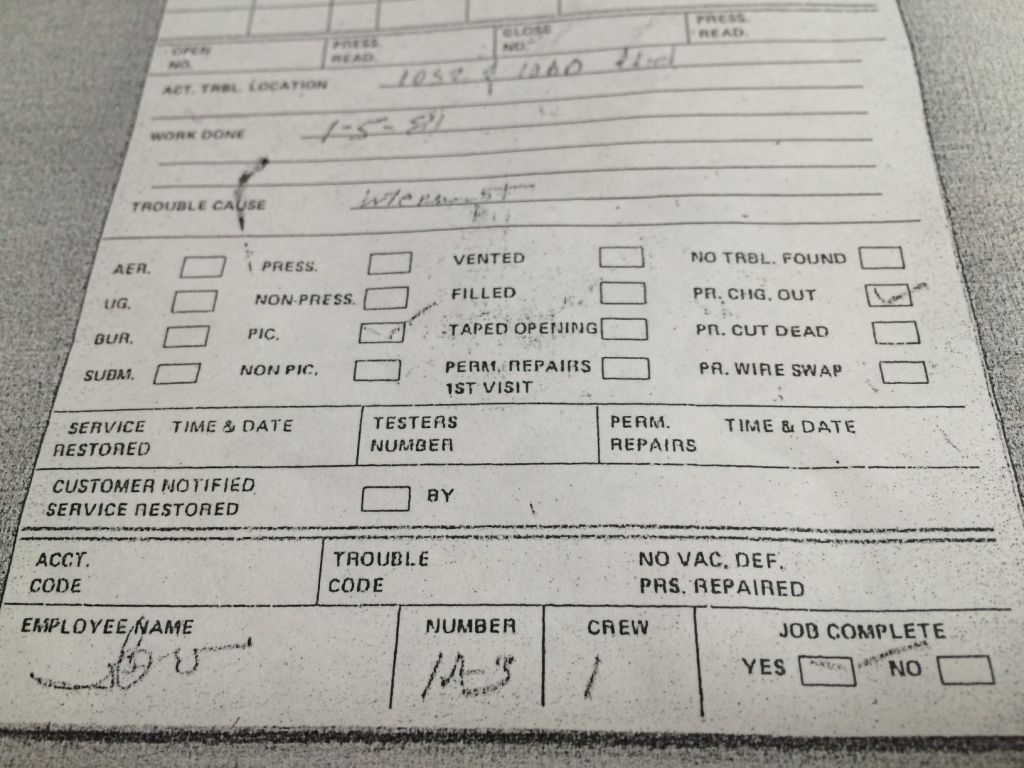 OSBI released evidence to the public Monday, Jan. 5, 2015 on the 34th anniversary of Tracey Neilson’s death in hopes of getting a new lead in the case. The evidence was a ticket book for cable repair initialed by an employee who may have been the last person to see Neilson before she was stabbed to death on her 21st birthday. Investigators are seeking help identifying the employee.