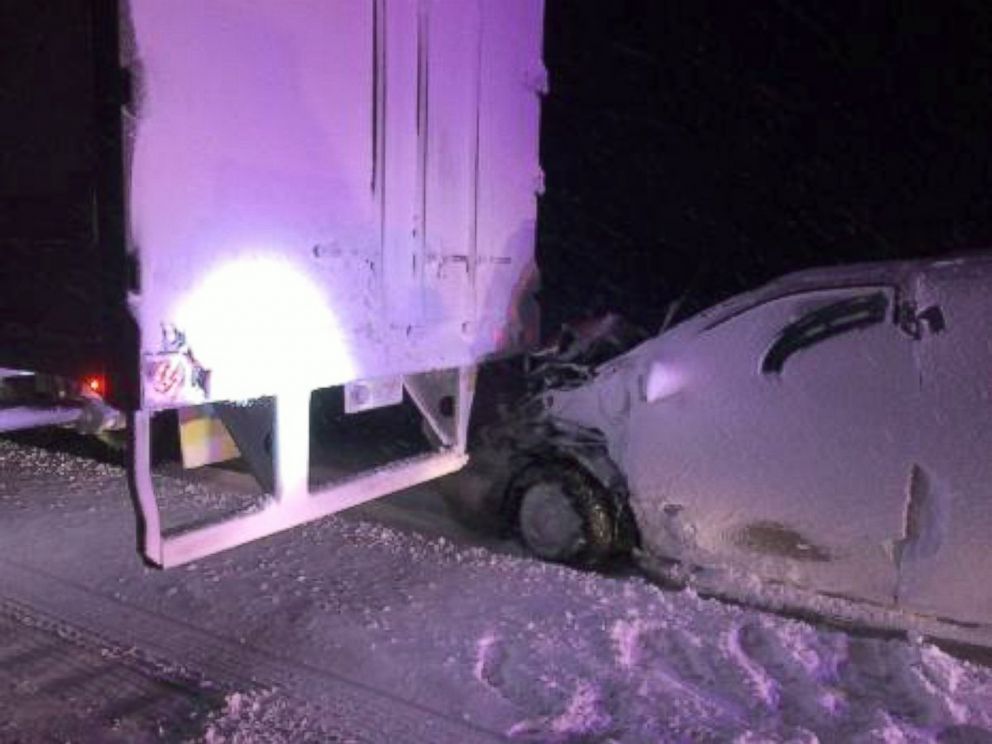 For one Michigan family, Wednesday night’s snowstorm was a real drag.

At 1:57 a.m. Thursday 911 dispatchers received a call from the Menz family whose 2001 Toyota Sienna mini-van became lodged under the rear of a tractor-trailer as they drove north through blinding snow on 1-75 near Roscommon, Michigan.

Matthew and Pam Menz and their two adult children were returning from a trip to Florida.

“We ran into the back of a semi-truck and he’s not stopping and our car is embedded underneath of it,” Pam Menz told the dispatcher.

The poor visibility kept driver Matthew Menz, an experienced truck driver himself, from being able to give police the family’s location.

“Our windshield is completely shattered. I can’t see nothing,” Pam Menz said.

“I just want to get off the back of this thing.”

The truck was finally flagged down 16 miles from where the collision occurred, according to police. The four family members were transported to an area hospital, though no serious injuries were reported.

Drivers navigating the hazardous winter conditions in other parts of the state weren’t so lucky. Several people were hospitalized, one with critical injuries, after a 40 car pileup involving four tractor-trailer, an armored truck, and even an ambulance near Muskegon, Michigan.