Oklahoma woman possibly oldest person with Down Syndrome in the world 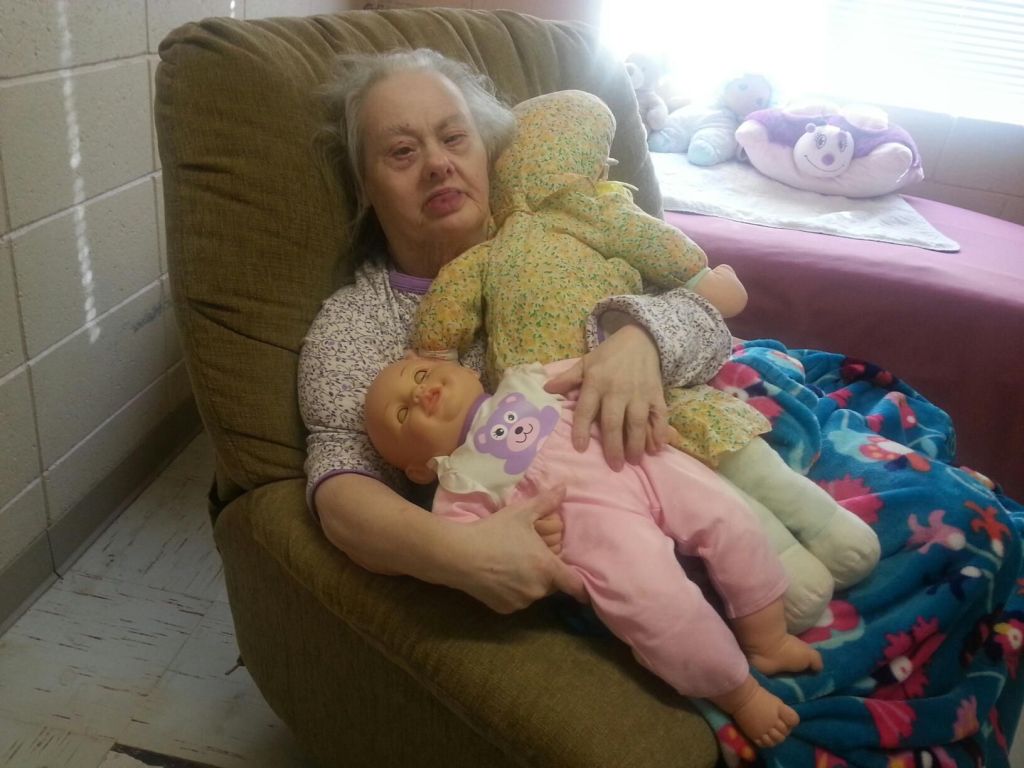 The average life expectancy for someone with Down Syndrome is 55.

Dollie Grissom has that beat by nearly 20 years.

Is the 73-year-old from Chickasha, Oklahoma currently the oldest living person with Down Syndrome in the country? Maybe even the world?

Somebody has to be.

“I’ve been researching it and I actually think she’s the oldest living person [with Down Syndrome] in the world,” Brunt said.

Grissom was born in 1941, the second of nine siblings, who she helped raise. Her younger sister, Marilyn Crossen, said Grissom was a great babysitter. She even went on to watch Crossen’s son in later years.

These days, Grissom still babysits. She has several dolls which she calls her “babies.” She holds them. She scolds them. She enjoys 1970s pop music. She loves showers.

Crossen said their mother sensed she wouldn’t be able to care for an adult with Down Syndrome, which effects physical and intellectual development, and placed Grissom in Chickasha Nursing Center in 1969, one year after it opened. One month later, their mother was in a car accident, which left her unable to take care of Grissom.

Grissom has called the facility home ever since. No other resident has lived there longer. It’s not even close.

“Everyone knows and loves Dollie,” said Brunt, whose husband’s grandmother built the center in 1968.

And Brunt says she’s getting freer by the day, more active.

“Lately she’s been hanging out in the lobby more,” Brunt said. “I’m not sure what’s going on with her.”

Despite very poor eyesight, Grissom regularly finds her way to the nursing home’s lobby. She grabs a Coke, flips through a magazine. She can’t read it, but she flips.

Dollie eats it up.

“She is a person who loves attention,” Brunt said. “I told her the newspaper was coming and she patted her hair. I actually went and bought her a hat. She took it and tossed it and said ‘I don’t need that hat!'”

Brunt believes Grissom’s clockwork schedule over the past 46 years–“For her to be able to know ‘this is my meal, this is my shower'”–may be the secret to her longevity.

“I really think the continuity, the daily routine, has helped extend her life.”

Jessica Lane with the Chickasha (Okla.) Express-Star contributed to this story.