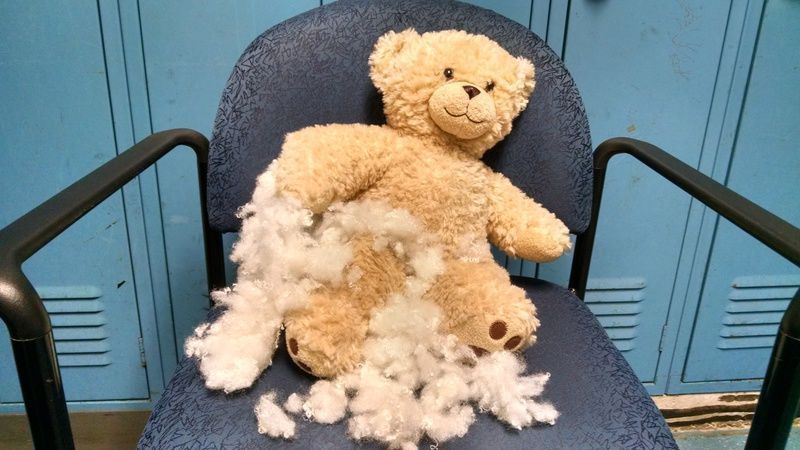 SHARPSVILLE, Penn. – After admitting her drug use, police say a Pennsylvania woman handed officers a teddy bear stuffed with syringes.

Officers were called to the home of Haley Paige Province, 18, on Dec. 28 by relatives who said they had seen needles in her room and suspected Province and her friend were shooting heroin, police said.

According to reports, Province admitted to police that she had been using drugs and produced the bear that was hidden in her closet, along with a burnt spoon and a syringe. Police found two needles stored in each leg of the bear.

Also found during the search were a glass pipe, more needles, cotton balls with residue and marijuana, police said.

Province was charged with possession of a controlled substance, marijuana and drug paraphernalia. A preliminary hearing has been set for Jan. 23.