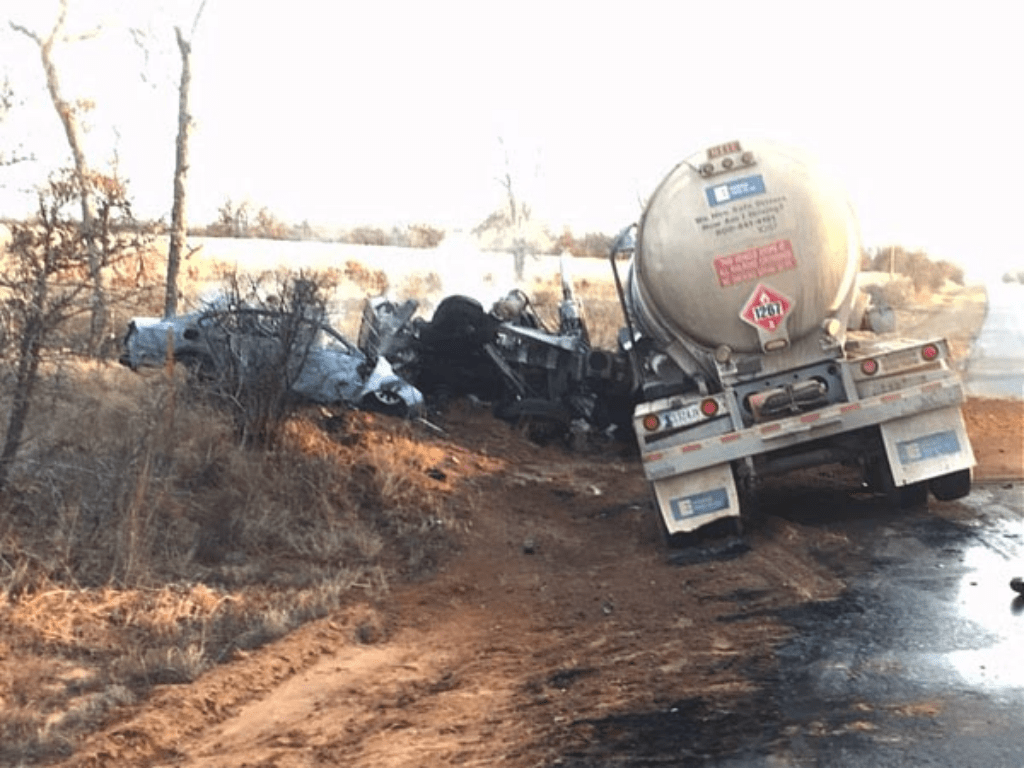 According to KSWO, emergency responders were called to the scene after a car collided head-on with a tanker truck carrying fuel between Highway 7 and Highway 53 around 4:20 p.m.

Britanie Raschell Welty, 28, from Loco, Oklahoma, was driving North on Pinto Road along with a 2-year-old boy and a 5-year old girl. According to investigators, Welty apparently crossed the center line and ran into the oncoming tanker truck being driving by Ronald Ollis of Velma.

The car was pinned under the tanker truck when when both the car and truck burst into flames. Welty and the two children were pronounced dead at the scene. The names of the children have not been released.

Ollis was transported by Medi-Flight to OU Medical Center. He was later released.

A cleanup crew was called in to collect the spilled fuel from the tanker.