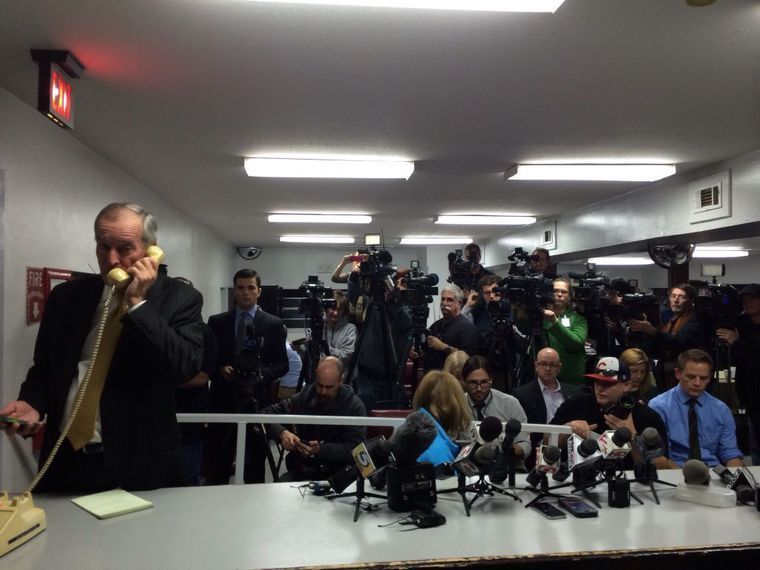 MCALESTER, Oklahoma — The state of Oklahoma carried out the execution of Charles Warner on Thursday evening without incident, resuming capital punishment some nine months after a botched execution made headlines globally.

Warner, 47, died on a gurney in the newly renovated death chamber of the Oklahoma State Penitentiary in McAlester at 7:28 p.m. He died about 18 minutes after authorities started delivering a lethal cocktail of drugs into Warner’s system.

Media witnesses said it did not appear that Warner was in distress. Parker Perry, a journalist with the McAlester News-Capital newspaper, witnessed the execution.

“It did not appear to me that he suffered,” Perry said. “As soon as the drug Midazolam took its effect, he laid there with just slight movements for the rest of the time. He went from being very audible to silent.”

Warner gave a lengthy statement prior to his death, according to media witness Sean Murphy, who is a Capitol correspondent for the Associated Press.

“Before I give my final statement I’ll tell you they poked me five times,” Murphy quoted Warner as saying. “It hurts. It feels like acid.

“I’m sorry for all the pain that was caused,” Warner continued. “I’m not a monster (and) I didn’t do everything they said I did. I love people. I love my family. I love Jesus. Tell my baby girl she means the world to me.”

Warner was convicted of rape and murder in the death of 11-month-old Adrianna Waller in 1997.

The execution was delayed for roughly 90 minutes as the Oklahoma Department of Corrections waited for word from the U..S. Supreme Court on a request for a stay from Warner’s attorneys.

The court, in a 5 to 4 vote, declined to intervene, clearing the way for the execution.

Three executioners were each responsible for delivering one of three drugs to the condemned — Midazolam, which causes sedation; Rocuronium Bromide, which stops respiration; and Potassium Chloride, which stops the heart.

The execution of Warner — and the lack of any problems — was in sharp contrast to the execution of Lockett. Lockett writhed in pain for approximately 43 minutes before dying in April in an incident that made worldwide news.

In response to problems with Lockett’s execution, the state of Oklahoma decided to boost the dosage of Midazolam to the condemned under the guidelines of new execution protocols. The state also increased training for participants, including a physician and paramedic responsible for inserting the intravenous line into the condemned, and making the IV line more visible to corrections staffers. The DOC also reduced the number of media witnesses to five.

Additional training included at least 10 scenarios prior to the execution. The new protocols required a DOC staffer to monitor the inmate and injection site to look for signs of swelling or infiltration at the IV site, blood in a catheter or leakage from the lines.

Gov. Mary Fallin issued a statement saying “Justice was served tonight as the state executed Charles Warner for the heinous crime of raping and murdering an infant.”

“I appreciate the professionalism shown by the Department of Corrections employees during the process.”

“Tonight, Oklahoma executed Charles Warner using Midazolam, a drug that is not approved for general anesthesia,” she wrote. “We know from the three problematic Midazolam executions in 2014 that the drug cannot reliably produce a deep, coma-like unconsciousness. And because Oklahoma injected Mr. Warner with a paralytic tonight, acting as a chemical veil, we will never know whether he experienced the intense pain of suffocation and burning that would result from injecting a conscious person with rocuronium bromide and potassium chloride,” she added.

Puit and Perry write for The McAlester News-Capital in McAlester, Oklahoma.