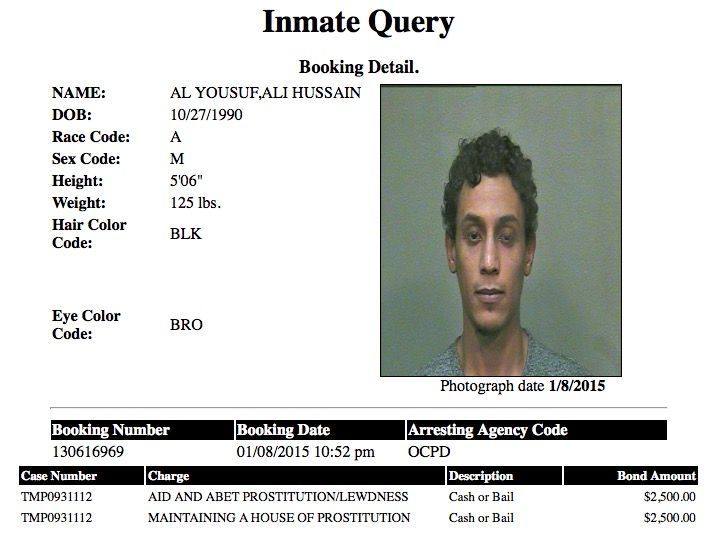 A University of Central Oklahoma senior has been arrested for pimping and using his Edmond, Oklahoma apartment as a brothel.

Ali Hussain Al-Yousuf, 24, was was arrested Jan. 8 and booked into the Oklahoma County Jail on criminal complaints of aiding and abetting prostitution and maintaining a house of prostitution. He was released after posting a $2,500 bond.

According to KFOR, undercover agents responded to an ad for sex on Backpage.com. The officer was directed to an apartment in Edmond, Oklahoma.

Once at Al-Yousu’s apartment, the undercover agent met with an unidentified woman who agreed to sexual intercourse for $150.

The woman was then taken into custody by officers. As she was being questioned, officers report they found Al-Yousuf hiding in the kitchen closet.

Children were also in the home at the time of the raid. They were taken into protective care. The unidentified woman has not been charged.