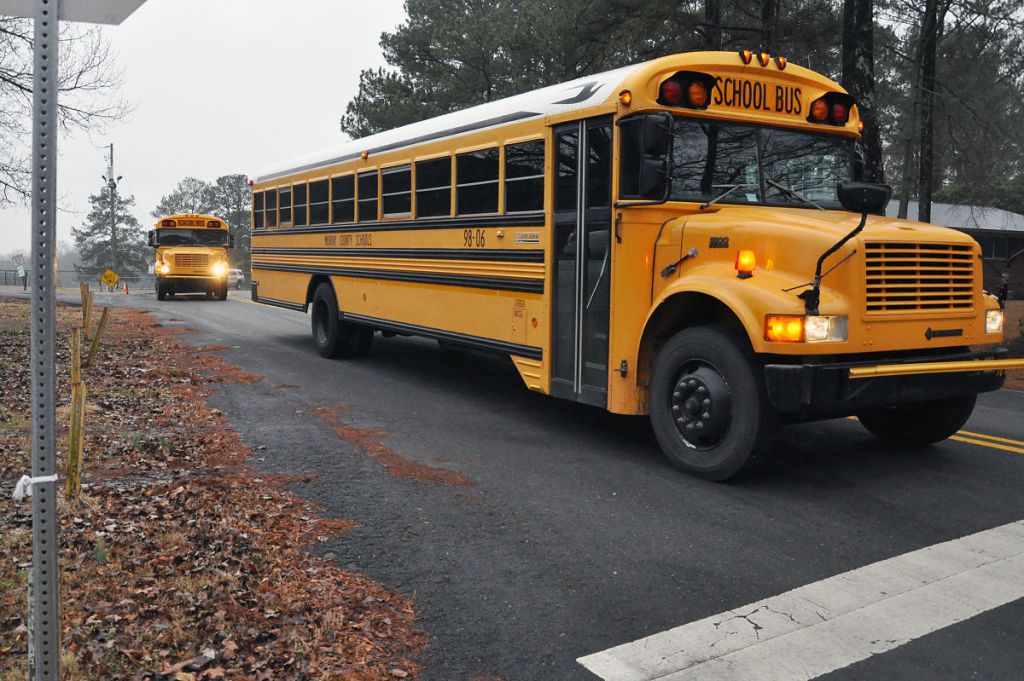 Several Georgia residents say students are having to stand in the aisle on school buses or even sit in each other’s laps because the buses are so crowded.

“It got to the point that I wouldn’t let them ride the bus. They were riding four or five to a seat, and I didn’t think that was safe,” said Murray County resident Heather Jones, who has two daughters, on in middle school and one in high school.

“Safety is my main concern,” Jones said. “If something were to happen, a kid who has someone sitting in his lap is going to hit that person in the back of the head.”

Jesse Welch says his stepdaughter recently had to sit in the stairwell of the bus door because there was no room on the bus taking her home from Murray County High School.

“Things like that happen pretty much every day,” he said. “When you remember what happened up in Tennga, you really worry about bus safety.”

Mike Tuck, public information officer for Murray County Schools, said most of the buses are at or near capacity.

“We are like a lot of other school systems,” he said. “We’ve had to tighten our budgets, and we can’t run a lot of routes with partially filled buses.”

Georgia state school board policy allows school buses to run up to 20 percent over capacity. Capacity is defined as three per seat or 72 on a typical bus.

“But we don’t want to run that way. We want every child to have a seat,” Tuck said. “If a situation is brought to our attention, we will take a three- or four-day average and see if we are at capacity. If we are, we will take a road or two off a route.”

Several parents said they have spoken to principals at the schools their children attend or to the school transportation department but haven’t seen any change.

School board member Frank Adams said no one has raised the issue with him.

“I haven’t heard one word. I see the bus that delivers in my neighborhood, and there doesn’t seem to be a problem there,” he said. “But I live on the south end of the county.”

State Rep. Tom Dickson, R-Cohutta, says no one has raised the issue of whether state standards on school bus capacity are too lenient in the 10 years he has served in the Legislature.

“I did hear quite a bit about that issue when I was superintendent (of Whitfield County Schools),” said Dickson, who represents parts of Whitfield and Murray counties.

Dickson said he drove a bus in the early part of his teaching career and it wasn’t uncommon to leave school with a couple of students standing in the aisle.

“Is that the safest thing? If you are in a collision, it probably wouldn’t be,” he said. “But school buses are expensive and most school systems have limited funds, so many of them are probably trying to figure out where to strike that balance.”