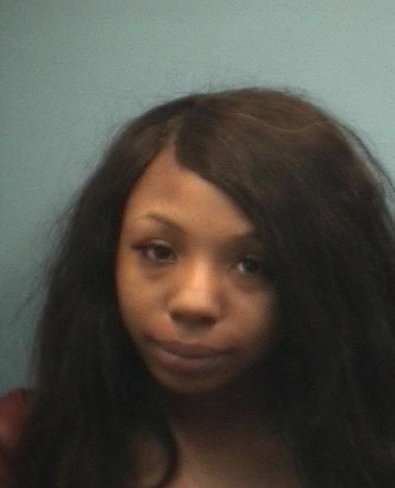 INDIANA-–An Illinois teen is being held in the Fountain County Jail in Covington, Ind., after leading police on high-speed chase that originated in Danville and ended in Indiana.

Dorries Williams, 18, of Danville, Ill., faces numerous charges in both states, including felony fleeing and eluding.

A Danville police officer attempted to stop Williams at 7:15 p.m. Monday at Clarence and Martin streets for a routine traffic stop.

“It was a routine traffic stop for a normal, everyday traffic violation,” Danville Police Sgt. Joshua Campbell said. “It was nothing that would have warranted a ticket.”

Instead of stopping, Williams led police on a high-speed chase on East Main Street, headed to Indiana.

“It is believed she was traveling 90 to 100 miles per hour down East Main Street,” Campbell said.

“Our 911 dispatch contacted the other jurisdictions to let them know,” Campbell said.

Williams was stopped after her car ran over a stop stick placed by a Warren County (Ind.) deputy.

Williams has a record of serious traffic violations since September when she was charged with aggravated fleeing and eluding, which is a felony punishable by prison time, Campbell said.

“We’ve had several contacts with her, primarily for driving,” he said.

Not only will Williams face aggravated fleeing and eluding charges in Illinois, she will face some of the same charges in Indiana.

“She will probably receive a dozen or so tickets,” Campbell said, including running stop signs and traffic signals and speeding.

On Sept. 12, Williams was charged with leaving the scene of an accident with property damage, speeding more than 35 miles an hour, no insurance and being unlicensed.

On Jan. 2, Williams was incarcerated in the Public Safety Building on charges of being unlicensed, no insurance, improper turn signal, driving in the wrong lane, no rear license plate light, illegal transportation of alcohol and failure to yield to an emergency vehicle.

Her first court appearance for the Jan. 2 charges was scheduled for Feb. 11.