Oklahoma mascot fired for too much horsing around 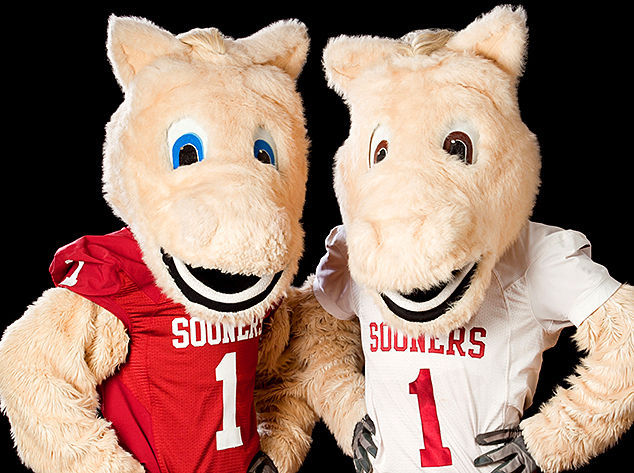 The rivalry between the University of Oklahoma and Oklahoma State University is among the most intense and regardless of what sport, the intensity in the Bedlam Matchup goes up a notch.

However, OU officials decided there is a line that can’t be crossed, and it looks like that line was crossed Saturday when the school fired a mascot after an incident at the men’s basketball game on Saturday in Norman, Oklahoma.

During a game in which the Sooners defeated the Pokes 82-65, one of the two OU mascots on hand at the Lloyd Noble Center began taunting OSU fans, according to KFOR television.

Janai Miller, an Oklahoma State fan, described to the Tulsa World what she saw.

“(The mascot) had been taunting our OSU section behind the bench where I was sitting,” Miller said. “He then went somewhere, came back with a bag of popcorn and tried to walk down the second row of us where there weren’t any seats open. (The mascot) pretended to trip, and the popcorn flew on all the OSU fans.”

Miller went on to say that the mascot threw popcorn at the fans. One of them, she said, was Heather Ford, wife of OSU coach Travis Ford.

The OU athletics department would not say what that mascot did to be fired, but did release the following statement Tuesday:

OU did not identify the person in the mascot uniform. Several students work as “Boomer” and “Sooner” for all sports. When the Oklahoma women took on OSU Monday, both mascots were back in action.