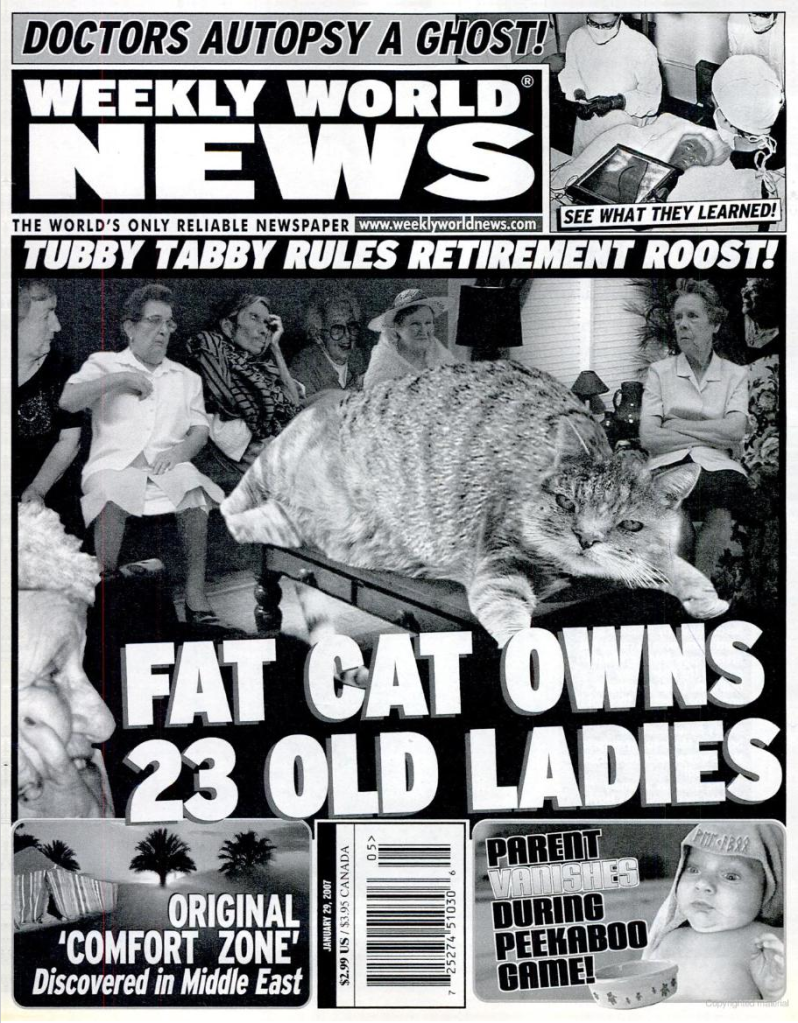 On Tuesday, Facebook dealt a blow to the fake-news industry that could, in all likelihood, wipe it out: Starting this week, the site will cut down on the number of fake news stories that circulate in its News Feed — and add a warning on hoax stories indicating that they’re fake.

No more will tales of lost civilizations flutter through your Facebook feed; no more scammy promises of Audis and million-dollar giveaways; no more surprise celebrity deaths that are (mysteriously!) not reported anywhere else. Facebook isn’t actually deleting these posts, but it’s setting up a system in which there will be far, far fewer of them.

In other words, it’s cutting off the oxygen that has fed the fake-news industry for the past two years.

“The vast majority of publishers on Facebook will not be impacted by this update,” intones Facebook’s official announcement of the change. “A small set of publishers who are frequently posting hoaxes and scams will see their distribution decrease.”

“Publisher” is a nice euphemism for the likes of National Report, The Daily Currant and Empire News, all sites that profit — handsomely, in some cases — from duping gullible Internet users with deceptively newsy headlines. Their business model is both simple and devastatingly effective: Employ a couple unscrupulous freelancers to write fake news that’s surprising or enraging or weird enough to go viral on Facebook; run display ads against the traffic; gleefully cash in.

While it’s difficult to gauge exactly how much money publishers and writers make from these schemes, a truly viral story can rake in thousands of dollars a day. Robert Winland, a writer for Empire Sports, told The Post repeatedly that he was in it for “the money”; Paul Horner, the former lead writer for National Report, said he made $10,000 a day in the days following his Banksy arrest hoax of October 2014.

Horner has since branched out and started News Examiner, a hoax news site of his own — joining the growing ranks of hoax sites that have started up since early spring 2013. Not coincidentally, almost all of the major fake-news purveyors — including National Report, World News Daily Report, Empire News and the News Nerd — only started after March of that year, when Facebook released a major redesign to News Feed.

How to explain the peculiar symbiosis of Facebook and the fake-news industry? It derives, to some extent, from the power that Facebook plays in modern Web media more generally: According to Pew, nearly a third of Americans get their news from Facebook — which means that, if you’re a Web site in 2015 (any Web site in 2015), you desperately want your stuff to play well there.

If you’re a fake-news Web site, however, the need’s especially great. Readers, needless to say, generally come to Web sites in a variety of ways — Facebook is just one of the larger roads to Rome. But on a fake-news site, that isn’t necessarily true. No one’s typing “World News Daily Report” into their URL bar directly, or searching Google for news that didn’t actually happen. Fake-news sites need Facebook to reach the masses, and with this change, Facebook’s essentially allowing any annoyed, eagle-eyed user to flag a post as fake and take that traffic away from them.

And yet, if you think the change poses some existential threat to the fake-news industry, sites like National Report seem unfazed. After all, points out publisher Alan Montgomery, Facebook’s relying in some part on users to spot and report fakes; past experience would suggest users aren’t always very good at that. Besides, there’s a pixel-thin line between Internet lies and Internet parodies. If they can play gullible readers once, can’t they play them again?

“We aren’t all that concerned,”Montgomery said. “National Report has already proven the reliability of Facebook users … determin[ing] fact from fiction.” (In other words: They can’t.)

Horner, meanwhile, spent the morning firing off his response to Facebook on News Examiner. The post — fake, like almost everything on his new site — describes an imaginary visit to Facebook’s corporate headquarters, which are run like some kind of oppressive dystopian labor camp.

It’s only been shared three times, though. Maybe fake news is doomed.