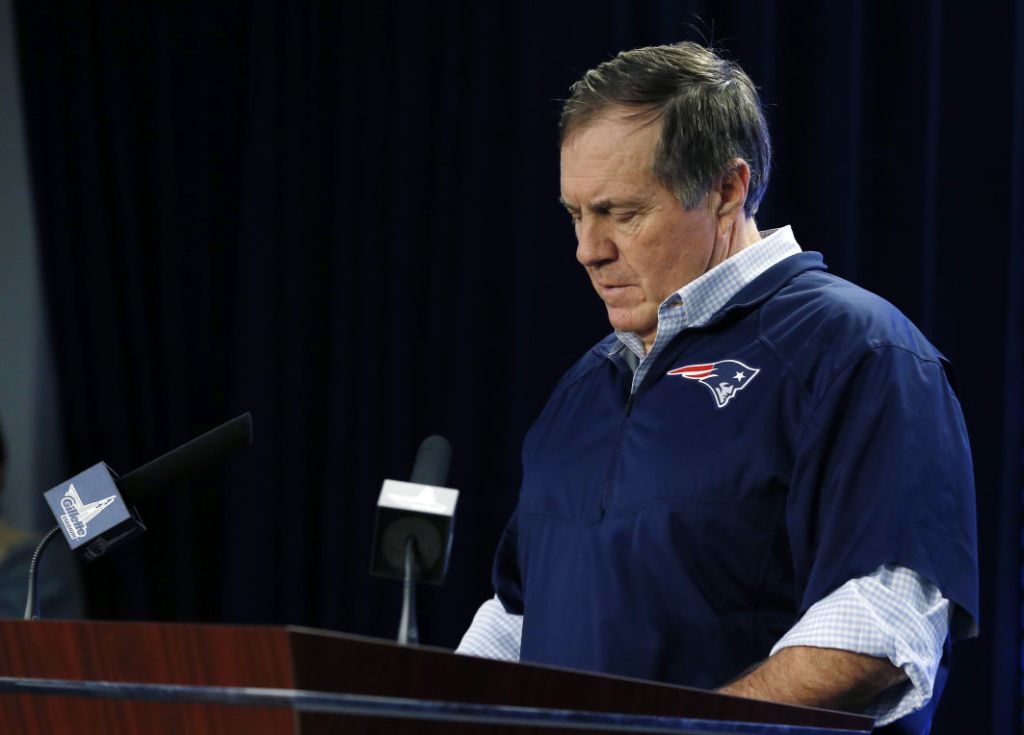 FOXBOROUGH — Patriots coach Bill Belichick said Thursday he doesn’t know how footballs became deflated during the game that got his team to the Super Bowl.

But Belichick declined to answer questions Thursday after saying he knew nothing about accusations that his team cheated with underinflated footballs in its win against the Colts in the AFC championship game.

The NFL is investigating.

“I had no knowledge of this situation until Monday morning,” said Belichick, who said he was “shocked” to learn the news.

“I would say I’ve learned a lot more about this process in the last three days than I knew or have talked about it in the last 40 years that I’ve coached in this league,” Belichick said. “I had no knowledge of the various steps involved in the game balls and process that went through.”

Belichick did not specify who in the Patriots organization was responsible for the underinflated balls, or absolve anyone besides himself of potential wrongdoing.

Softer balls are generally considered easier to throw and catch, and quarterbacks, specialists and equipment managers are known to have very individualized preferences in how footballs are readied for games. Belichick said he was unaware of the process for game balls until the accusations were raised.

Belichick says he sometimes hears quarterbacks, kickers and other specialists talk about their preferences.

“I can tell you and they will tell you that there is never any sympathy from me whatsoever on that subject. Zero,” Belichick said.

Belichick says the Patriots going forward will inflate footballs to a safe level to prevent them from dropping below allowable air pressure during games.

“We will take steps in the future to make sure that we don’t put ourselves in this type of situation again,” he said.

The coach who has won three Super Bowls said he generally forces players to practice under bad ball conditions.

“Anytime players complain about the quality of the footballs, I make it worse and that stops the complaints,” he said.

The issue has drawn strong reaction from around the game and its fans as the Patriots prepare to play the Seattle Seahawks on Feb. 1 in Glendale, Arizona, for the NFL title.