Teacher accused of having sex with student in teacher’s lounge 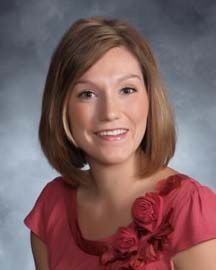 An Oklahoma high school teacher who teaches seventh grade and high school classes in marriage and child care has been charged with felony second-degree rape after police said she admitted having sex with a student. At least two of the instances of sexual intercourse are said to have occurred in the school’s teacher’s lounge, investigators say.

According to a probable cause affidavit filed in Woods County District Court, Daresa Deann Poe, 32, of Waynoka, Oklahoma was charged after a Waynoka Public School student was interviewed by a special agent with the Oklahoma State Bureau of Investigation.

The student reported engaging in sexual intercourse with Poe five or six times since the beginning of January — with the most recent encounter occurring around 8 p.m. Tuesday near a walking trail. According to the affidavit, the incidents occurred at various locations in Waynoka and Woods County, including after hours in the teacher’s lounge at Waynoka Public Schools building and at Poe’s home.

“Daresa admitted she had engaged in sexual intercourse with the aforementioned student on multiple occasions,” Tanio wrote in the affidavit.

She told of three instances of sexual intercourse with the student, according to the affidavit.

Poe’s handwritten statement reads: “I am Daresa Poe a wife, mother and teacher. I have made a horrible mistake. I have let my judgement (sic) faulter (sic) and I am embarrassed and mortified for the deasions (sic) I have made in the last two weeks. I have had sexual intercourse with a student. I am so very sorry for the decision I have made.

“I would take it back in a heartbeat if the chance was given to me … I hold a position of importance where people and students look up to me and I have failed. For this I am truly sorry.”

During an interview Wednesday, Poe informed Tanio of additional instances of sexual activity with the student, beginning on Dec. 29, 2014.

Poe was suspended with pay after the school district was notified by the District 26 district attorney’s office of the allegations Wednesday, according to Superintendent Loren Tackett.

“We’ve done our own investigation, and we’ll take appropriate action as those come about, but, right now, she’s not in school, she’s suspended,” Tackett said.

According to the school’s website, Poe has been employed with the district since 2009. The website also states Poe is the Family and Consumer Sciences and FCCLA adviser.

According to online court records, Poe bonded out of jail Wednesday on a $10,000 appearance bond, with a condition she have no contact with the alleged victim.