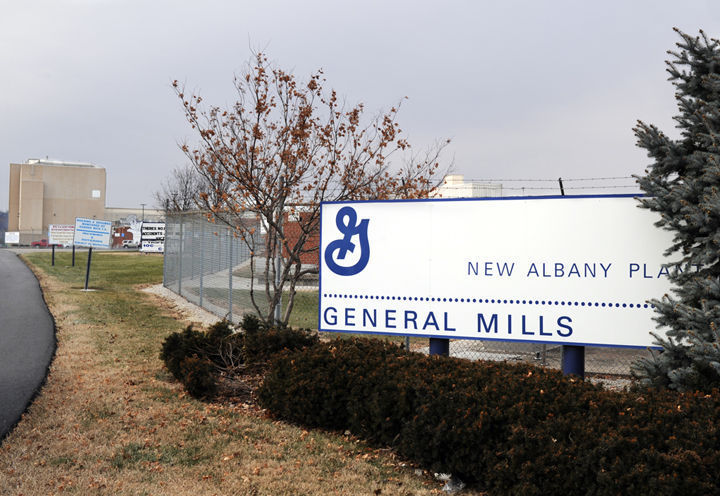 By a 5-2 vote, the New Albany City Council approved a nonbinding resolution stating its support of moving forward with the bond. The council and likely the New Albany Redevelopment Commission will have to cast ballots on the $7 million bond before it becomes official.

Councilmen Kevin Zurschmiede and Greg Phipps voted against the resolution, saying they need more details about the bond package before agreeing to use taxpayer funds to support a business.

Though a joint committee including Mayor Jeff Gahan and council representatives was formed earlier this month, Phipps said he learned about the bond offer through media reports Friday.

Zurschmiede said General Mills — which announced a preliminary decision Jan. 8 to close the plant in 18 months pending union discussions — hasn’t committed to keep the plant open regardless of the city’s offer.

If there was a pledge that the plant would stay open, Zurschmiede said he would have been more likely to vote in favor of the resolution.

“I think it’s just false hope at this point,” he said.

Zurschmiede added that he’s had discussions with representatives of General Mills who inferred that if they believed they could save the plant by asking the state or city for help, the company would have already done so.

But the resolution will send a “clear message” to General Mills, Gahan said during his remarks to the council.

“We still have jobs here, and we still have an opportunity to send the message to General Mills that they are important to us,” said Gahan, who added that the Pillsbury plant has an annual payroll of $30 million.

The area’s Pillsbury plant opened in 1959 and employs about 400 people, making it New Albany’s fifth largest employer. General Mills has paid about $7 million in local property taxes over the past decade, according to the administration.

While there is no certainty the bond would keep Pillsbury in New Albany, Councilman Dan Coffey said no action would seal the plant’s fate.

The exact financing package is still to be determined, but the resolution stated General Mills would have to keep the Pillsbury plant open at least five more years if the bond is accepted.

The proceeds could only be used for modernization and new construction for the plant, and it would be paid back likely with tax-increment financing (TIF) revenue.

David Duggins, director of economic development and redevelopment for the city, said a few projects may have to be dropped, but added the TIF districts can support the bond.

“This was too important not to put before you,” he told the council.

In nearly every letter, the corporation or government leader spoke about the importance of General Mills to Indiana’s Clark and Floyd counties.

But words do not pay off bond notes, Zurschmiede said, and it would be good if those government bodies would also offer financial assistance to keep Pillsbury in New Albany.

He added that some local business owners have contacted him and feel like the offer is a “slap in the face” because the city of New Albany hasn’t offered funding to sustain other establishments.

In a candid moment, Phipps shared his reluctance to give any large corporation government funding.

“I’d be more than happy to give it to you rather than General Mills,” said Phipps as he addressed the Pillsbury plant workers in the crowd.

With New Albany taking the lead, other local governments and the state will hopefully partner with the city to offer incentives to keep the plant open, Councilwoman Shirley Baird said.

Speaking briefly, he asked the council to simply approve the resolution.

After the meeting, multiple Pillsbury workers said they were encouraged by the council’s decision, but had been instructed not to speak to the media about the ongoing issues with the plant.

No corporate representatives from General Mills spoke during the meeting. In a statement sent to the Jeffersonville (Ind.) News and Tribune Friday, the company said it appreciated the efforts of the council and Gahan, and would “of course carefully consider any communication from the city.”

Local realtor Pat Harrison also urged the council to support the bond based on the impact General Mills has on the community.

“These jobs create other jobs,” she said.

But the question isn’t simply whether the plant is important, but also if the city should set a precedent by spending $7 million to retain a business, New Albany resident Mark Cassidy told the council.

He alluded to an ongoing appeal by The Home Depot and Meijer over their property tax assessments. The businesses are located in New Albany TIF districts.

“If those cases go against us, we’re going to be losing a lot of TIF money,” Cassidy said.