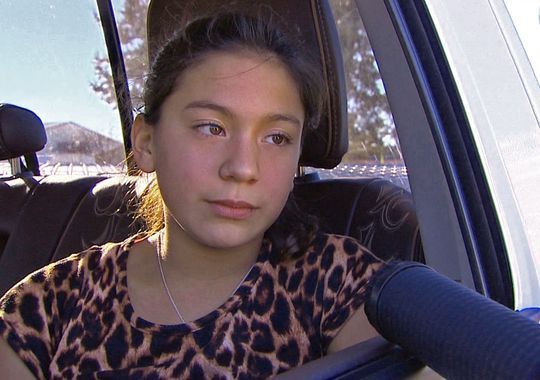 Approximately two dozen students at an elementary school in north Texas were ordered to drop their pants Monday to determine which of them (if any) had defecated on the gym floor.

Their parents are not happy about it.

“I was furious… I mean, I was furious,” Maria Medina told WFAA. Medina’s 11-year-old daughter, Eliza, claims she and several other students were told “to pull down their pants to check them to see if they (faculty members) could find anything.”

By anything, she means fecal matter.

“They were finding poop on the gym floor,” Maria Medina said.

According to her daughter, boys were inspected in one room, girls in another. She said she was told every student had to comply with the order.

“I felt uncomfortable, and I didn’t want to do it,” Eliza Medina said. “I felt like they violated my privacy.”

While he agrees that the measure was inappropriate, Gustine Independent School District Superintendent Ken Baugh said his initial investigation indicates it may not have been as extreme as initially reported. Baugh said the students were told to lower their pants only slightly, not to the floor.

Eliza Medina insists she was told to pull her pants down to “like… to where your butt is.”

Her mother says the order was inexcusable no matter how much of her buttocks her daughter was ordered to expose.

“If you can’t do your job or you don’t know what you’re doing, you need to be fired,” Maria Medina said. “You shouldn’t be here.”

According to WFAA, several parents plan to protest the incident at the Gustine Independent School District’s school board meeting Thursday.