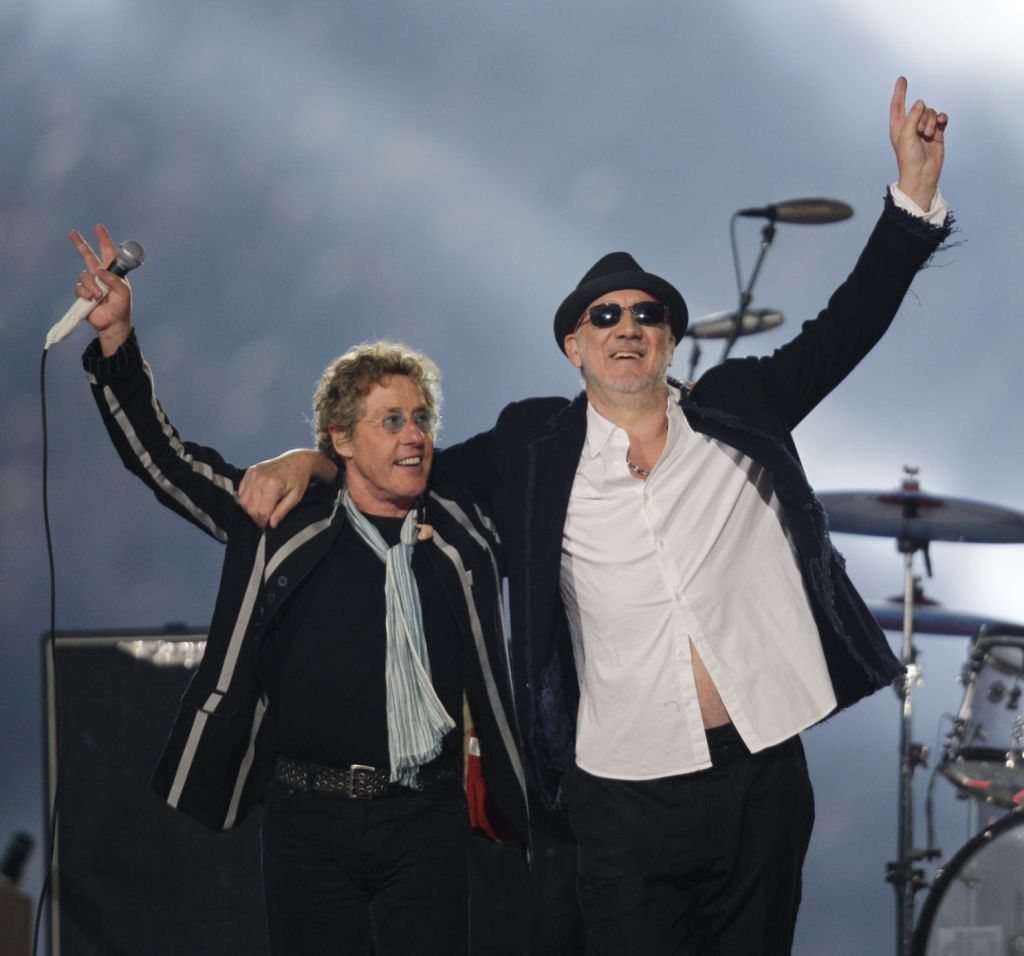 Roger Daltrey, left, and Pete Townshend of The Who performed during halftime of Super Bowl XLIV between the Indianapolis Colts and New Orleans Saints in Miami, on Sunday, Feb. 7, 2010. Everyone loves WHO classic “Bubba O’Reilly,” but no one even liked this show. It was a total downer and led to an overcorrection the following year with the Black Eyed Peas’ overworked show.