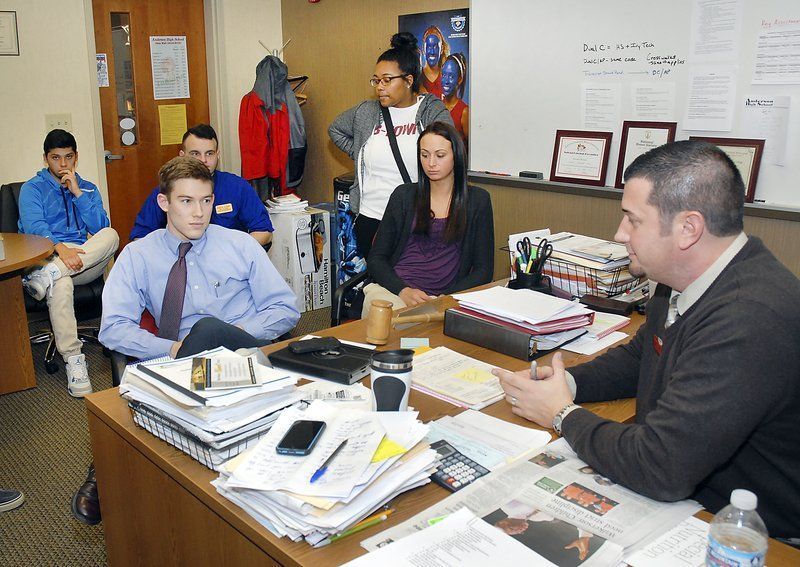 Not one more test.

That’s the message high school students in Indiana would deliver to a state lawmaker who wants school children to pass the national citizenship test to graduate.

”We just talked about this in government class,” Anderson High School senior Brie Broadus told The Herald Bulletin. “I just feel if we’re born and raised here, why do we have to take a harder test than the people coming here?”

The civics exam Rep. Timothy Wesco, R-Osceola, wants students to take is the same one immigrants take to become naturalized.

Earlier this month, Arizona became the first state to pass a law requiring its high school students to pass the citizenship exam, stipulating that they must answer at least 60 of 100 questions correctly to receive a diploma. Other states may follow suit: North Dakota’s House of Representatives has passed a comparable bill, and its Senate approved it Tuesday; legislators in Massachusetts, Tennessee, Utah, Virginia and seven other states have recently introduced similar initiatives.

Wesco told members of the House Education Committee this week he’s concerned graduates don’t have an adequate understanding of government and citizen responsibilities.

“This bill is a signal of what’s important,” Wesco said during the hearing.

During a recent hearing, Indiana House Education Committee members supported Wesco’s desire to promote civic engagement among young people, but expressed misgivings about adding another test to the mix.

That’s one reason why Rep. Robert Behning, the Indianapolis Republican who chairs the education committee, wants to have more discussion about the proposal.

A spokesman from the Indiana Department of Education also pointed out that newly adopted state education standards incorporate lessons in history and government in grades five, eight, 11 and 12.

If the goal of the test is to foster more civic engagement by young people, students at Anderson said simply requiring students to pass a test won’t work.

“I feel like a current events class would better for keeping people interested in what’s going on,” said student Ethan Strangeway.

But proponents of the citizenship test say that with voter turnout at historic lows and surveys indicating that a majority of Americans do not know the basics of how their government works, students need more essentials and encouragement for participating in the democratic process.

At Anderson High School, however, senior Hamilton Smith added that many students are concerned about the intense focus on tests.

“There’s so much focus on standardized testing, it’s really discouraging to the students,” Smith said. “They’re trained to retain the information until they take the test, and then they forget it and study for the next test.”