Football 101: Terms you need to know to talk the talk 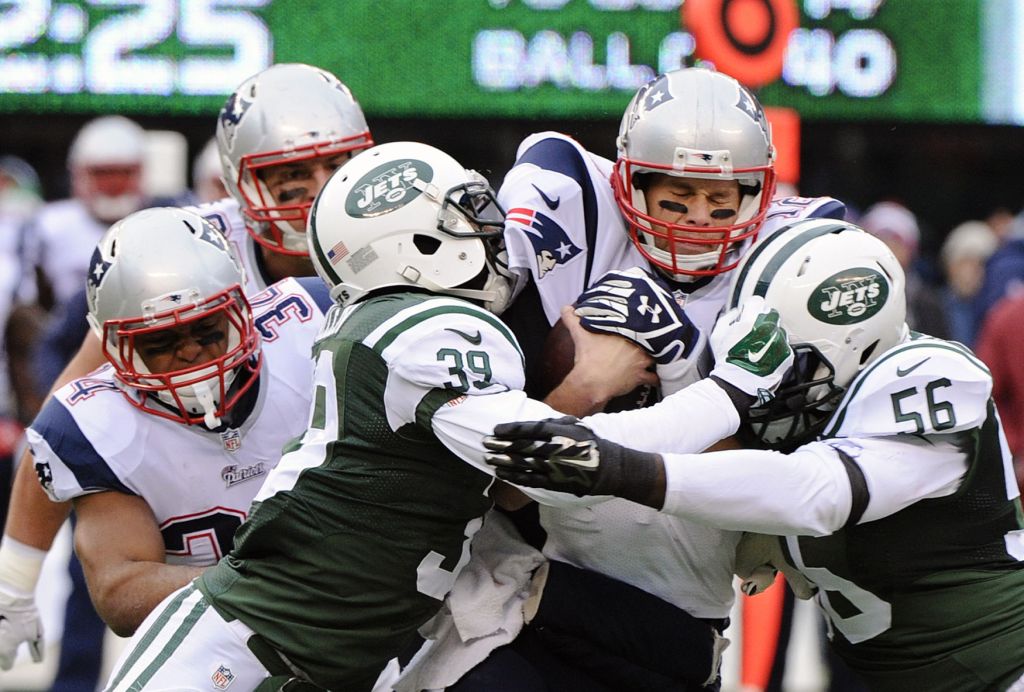 So, you sort of know a little bit about professional football, but not enough to jump in the conversation?

Well, we’ve got some vital information for you.

In past Super Bowls, we’ve done a list of terms the new football fan should know, like quarterback, touchdown and screen pass. We’re beyond that now. In fact, we’ve upgraded screen pass to “bubble screen” pass.

This upgraded list of terms/definitions is for the intermediate football fan who wants to take their “game” to the next level.

Below are many terms you will probably hear on Super Bowl Sunday with definitions:

Audible: After a play is called in the huddle, a quarterback will sometimes change the play after the offense is set up depending on what he anticipates the defense doing. QBs will often shout the change to teammates before starting the play.

Bubble Screen Pass: An offensive play in which an eligible receiver lines up on the wide side of the field and cuts quickly toward the QB immediately after the snap to receive a pass. The offense attempts to get a series of blockers out in front of the receiver so that the player can gain yards quickly after the catch.

Coffin Corner: Often referred when a punter kicks the ball out of bounds between the opponents’ end zone and 5-yard line. It is named “coffin corner” because of the difficulty of the punt and the fact that the offense has to start backed up by its own end zone.

Cover 3: This defense is similar to the “Tampa 2” defense, except the middle linebacker drops into a deep middle coverage on a passing play for a Cover 3, giving the defense three deep defenders.

Dime Package: A type of defensive formation in an obvious passing situation where six defensive backs are used instead of the normal four.

Free Play: If a defensive player obviously jumps offsides, the QB realizes it and usually goes for a long pass, knowing a possible interception wouldn’t matter because of the flag.

Free Safety: Is typically assigned to the QB in man coverage, but as the QB remains in the pocket, the free safety is “free” to double cover another player, usually assisting the cornerback on his side and to close the distance to the receiver by the time the ball reaches him.

Gunner: A special team player who often lines up near the sideline and is trained to race down field after a kick or punt and tackle the return specialist as quickly as possible.

Horse Collar Tackle: A type of tackle where a defender catches the ball carrier from behind, grabs him by the collar of the jersey and pulls him backward to the ground. The method was banned in the NFL due to several leg injuries, most notably, former wide receiver Terrell Owens.

Illegal Contact: This is a relatively new rule which defenses hate, when a defender has his hands on a receiver more than 5 yards down field. It’s an automatic first down for the offense.

Intentional Grounding: When a quarterback purposely throws an incomplete pass to avoid being sacked for a loss. QBs are allowed to throw the ball away, as long as they move at least 10 feet to the left or right and reach the line of scrimmage or throw in the direction of a receiver.

Jailhouse Blitz: When several extra defensive players go after the quarterback, in an obvious throwing situation. It’s a high-risk, high-reward strategy because it leaves speedy receivers in single coverage.

Lateral: Most commonly defined as when a ball carrier throws the ball to a teammate, a team is allowed one forward lateral (a pass) per play, but there is no limit to the number of backward laterals allowed.

Mike Linebacker: This is not a name (see Sam and Will Linebacker, too). In a 4-3 defense — four linemen, three linebackers — each linebacker is given a moniker based on where they play. The “Mike” linebacker plays the middle, calling the defense, usually the best tackler on the defense.

Nickel Package: Like the “Dime Package,” it relates to a passing situation. This defensive formation has five defensive backs instead of the normal four.

Nose Tackle: In a 3-4 defense (three linemen, four linebackers), the nose tackle is the middle lineman who is oftentimes the largest man on the field and who lines up over the offensive center. His primary duty is to clog up the middle (See Vince Wilfork).

“Omaha”: Oftentimes a QB will make a few minor movements on a play, after checking the defense. QBs have their own lingo, like Peyton Manning’s famous “Omaha” which sometimes has meaning and other times it is meaningless.

One Gap: A defensive lineman has a certain responsibility, usually in front of him between two offensive linemen.

Play-Action Pass: A passing play after a quarterback has faked a hand-off, thus keeping the linebackers close and attempting to throw behind the LBs where it should be open.

Press Corner: This is a cornerback who aggressively gets up close to an opposing wide receiver, offering a quick stiff-arm to disrupt the timing, then turns his head immediately to look for the football.

Red Zone: This is not the NFL Network’s football channel America loves, because it follows every game. In this instance, it is the area between the 20-yard line and the end zone, the side of the field where the offense is trying to score. Because the field shortens, it is harder to score.

Sam Linebacker: This is the name for the “Sam” linebacker, which means on the strong side, which is where the bulk of offensive players are.

Strong Safety: This is usually the bigger, stronger of the two safeties. He is assigned to cover the “strong side” of the offense, the side on which the big, powerful tight end (see Rob Gronkowski!) lines up on offensive plays

Stupid Penalty: A big mistake by somebody on the field. Enough said.

Tampa 2: This defensive back formation, who became popular with the Tony Dungy and the Tampa Bay Buccaneers, is typically employed out of a 4-3 defensive alignment, which consists of four linemen, three linebackers, two cornerbacks, and two deep safeties.

Two Gap: A defensive lineman is charged with tying up two blockers. This allows the linebackers to “flow downhill” and make tackles without shedding blocks.

Unnecessary Roughness: This penalty, for 15 yards, has picked up steam the last few years, particularly with concern about concussions. A defender usually makes contact that is deemed unnecessary in making a play. It usually occurs after a play is completed or when a defender hits a defenseless receiver near the neck and head.

Unsportsmanlike Conduct: A penalty that’s given when a player or team is acting unethically according to the official’s judgment, oftentimes used to penalize excessive celebrations. It also is called for fighting and other incidents.

Wideout: Another term for a wide receiver, or a player who’s job is to catch forward passes thrown by the quarterback.

Will Linebacker: The “Will” is the weak side linebacker, the side where the fewer offensive players are lined up.

X-Receiver: A wide receiver that lines up on the line of scrimmage out wide, often on the weak side. The terms “X” “Y” and “Z” receivers are generally used only in play calling, and are just considered “wide receivers” to outsiders.

Victory Formation: When an offense kneels on the ball so there is no chance at a fumble or an interception and the clock will continue to run, and the game will end.

Zone Blitz: A different blitz set to confuse offensive linemen, by dropping back a defensive lineman in pass coverage and sending a linebacker or two to try and sack the quarterback.

Zone Defense: Just like basketball, when a defender is responsible for a certain area of the field in pass coverage, rather than a certain offensive player.