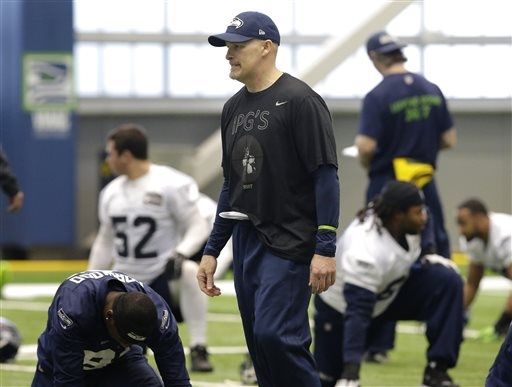 ATLANTA (AP) — Seattle defensive coordinator Dan Quinn has agreed to a five-year deal to become the Atlanta Falcons coach, a person familiar with the negotiations said on Monday.

The person spoke to The Associated Press on condition of anonymity because the deal has not been publicly announced by the team. The Falcons are expected to introduce Quinn as their coach on Tuesday.

The Falcons exercised patience while waiting for Quinn, who could not be offered a job until after Seattle’s 28-24 Super Bowl loss Sunday night to the New England Patriots.

Quinn followed Detroit defensive coordinator Teryl Austin as the second candidate to have a follow-up interview with the Falcons.

While the Falcons waited, other candidates, including Rex Ryan, were hired by other teams. Ryan, the former Jets coach, had one interview with Atlanta before accepting a job as Buffalo’s coach.

Quinn’s strong record in his two years with Seattle won over the Falcons, who have struggled on defense while finishing a combined 10-22 the past two seasons. The Falcons allowed the most total yards and yards passing in the league this season.

The Seahawks led the NFL in scoring defense, total defense and takeaways while winning the Super Bowl last season. Quinn’s defense shined in the Super Bowl win over Peyton Manning and the Broncos. He previously was defensive line coach for the Seahawks, 49ers, Dolphins and Jets.

“He’s had a great history,” Carroll said recently. “He’s a great communicator. He’s a fantastic teacher. He’s got a real toughness about him — innovative. He has all of the attributes of being a successful guy moving forward so when that time comes we will expect to see him land one of those jobs and we will look forward to playing against him.”

Carroll said Quinn has “tremendous relationships wherever he’s been around the league. He’s been a guy that wherever he goes people rave about. We feel the same way.”

Quinn was the University of Florida’s defensive coordinator in 2011-12 before taking over the Seahawks’ defense.

Smith had a 66-46 regular-season record in seven seasons, including two NFC South titles. He had winning seasons in each of his first five years with the team — bringing instant relevance to a franchise which previously had never enjoyed back-to-back winning seasons.

The Falcons, however, struggled in the postseason under Smith, winning only one of five playoff games.