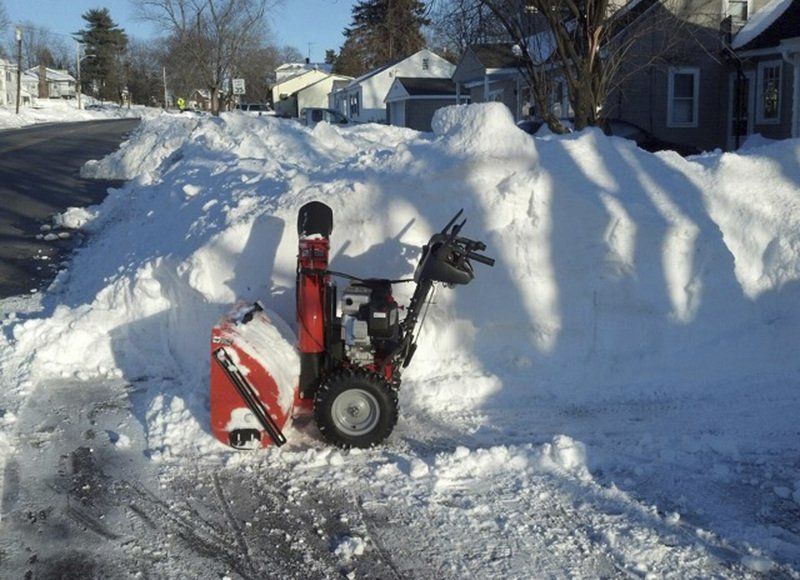 METHUEN, Mass. — An injured police officer in suburban Boston is wondering how he and his wife will keep their driveway clear in the wake of nearly six feet of snow after their snowblower was stolen from their home Monday night.

The orange, 30-inch Husqvarna snowblower, valued at nearly $1,300, was stolen from the driveway of the home belonging to Officer Daniel O’Connell and his wife, Lynn Vidler, at around 9:30 p.m.

O’Connell believes the machine was stolen while he was inside helping one of his sons get ready for bed.

The officer is currently recovering from arm surgery and said using the snowblower is the only way his wife has been able to keep up with nearly six feet of snow that has accumulated from three rounds of storms in the past month.

O’Connell said if the snowblower is returned to his home, no questions will be asked.

Police: Slaying of pastor by 19-year-old woman was ‘random’