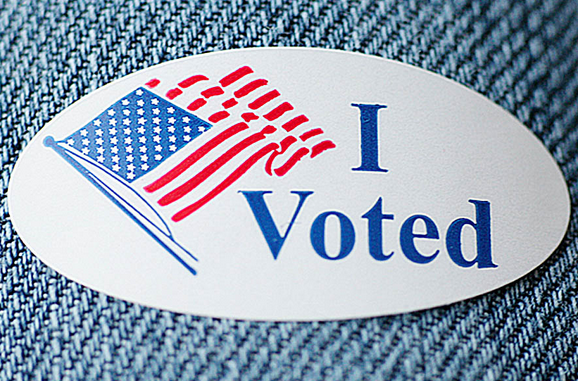 David Nolan and Helen Searls are a professional couple in the District, active in their children’s school and local civic associations. As taxpayers and longtime residents, they feel they have a duty to be involved in public life. But as legal immigrants who have not become U.S. citizens, they have no right to vote – even in local elections.

“It’s frustrating at election time to have no say in what’s happening,” said the British-born Searls, 54, who works at a media company. “Washington has people from all over the world. If they are engaged and participating in public issues, it benefits the city.”

Searls and Nolan are among 54,000 immigrants in the District – and about 12 million nationwide – who have been granted green cards that allow them to remain in the United States permanently. Most are sponsored by relatives or employers. They pay taxes and serve in the armed forces. Yet in all but a handful of localities, they have no voting rights.

Last month, for the third time in a decade, a bill was introduced in the D.C. Council to allow legal immigrants to vote locally. The measure has little chance of passage, but it is illustrative of a growing movement to expand local voting rights to noncitizens that has spawned similar proposals in several dozen communities across the country.

Most immigrant groups focus on promoting citizenship as the path to political influence, and the effort to enfranchise noncitizens remains controversial. It has succeeded in only a handful of places, including Chicago and Takoma Park, Maryland, but has been gaining traction recently in others, including New York City and Burlington, Vermont., as the population of settled legal immigrants grows.

Proponents point out that noncitizen voting was the norm early in American history, when new regions needed people to populate them. It was abandoned only after spates of anti-foreign sentiment in the 1860s and 1920s. Proponents have not urged that immigrants be allowed to vote for president, which is against federal law; they want them to be permitted a political role in their communities.

But opponents assert that the right to vote at any level is a defining quality of citizenship. They say it should not be easily granted to the foreign-born, who might have divided loyalties and insufficient knowledge of American democracy. And they point out that any legal permanent resident can apply to become a U.S. citizen with full voting rights after a five-year wait.

“To be a voter is to signify that you have cleared hurdles and that you understand what it means to be an American, with responsibilities as well as rights,” said Carl Horowitz, president of the National Legal and Policy Center, a conservative think tank in Falls Church, Va. Allowing noncitizens to vote, he said, “renders the idea of citizenship meaningless.”

Some opponents also think the campaign is part of a political scheme to create more Latino voters, who polls show tend to prefer Democrats – a concern that has spread with the protracted debate over illegal immigration. The largest numbers of green-card holders are from Mexico, followed by China, India and the Philippines.

D.C. Council member David Grosso, independent, who introduced the immigrant voting bill last month, said his attempt in 2013 met with a “huge backlash,” and he acknowledged that the new proposal is unlikely to go far. A similar bill in 2004 also died.

“This is the right thing to do, but a lot of people still have a misguided understanding of what it’s about,” Grosso said. “I get e-mails and tweets from around the country saying I want to give the vote to people who snuck over the border.”

Despite such fears, advocates said the political impact of the noncitizen vote has often been marginal. In many cases, the impetus has come from liberal or civic groups, while the beneficiaries may be less enthusiastic or aware of the benefits.

The pioneering community was Takoma Park, which gave legal immigrants voting rights in a 1991 referendum. Sean Whittaker, 46, a Canadian-born engineer who lives there, said that being able to vote made him feel as if he truly belonged in the community. In the town’s most recent election, the district candidate he supported won by six votes. “Maybe I made a difference,” Whittaker said.

Since then, four other Maryland towns have approved similar policies, although sponsored a bill to ban noncitizens from voting in any Maryland locality, warning hyperbolically that even Osama bin Laden would have been allowed to vote in Takoma Park.

But the repercussions from Maryland’s experiment have been far from dire. Takoma Park officials say no more than a handful of immigrants have voted in any local election, where turnout is also generally low among citizens, too.

“This has not fulfilled either the worst predictions of critics nor the great hopes of supporters,” said state Sen. Jamin Raskin, Democrat, a law professor who helped pave the legal path for the initiative. Still, he said, “it has remained an important statement of welcome, a way to give people a taste for the democratic process.”

Elsewhere in the United States, efforts to enfranchise foreign-born residents have spread to scattered municipalities, including liberal college towns such as Madison, Wis., and Amherst, Massachusetts, and cities with large immigrant populations.

But such proposals have also encountered an array of hurdles, including conflicts with state laws, public antipathy and lack of awareness among immigrant groups. In 2010, voters in Portland, Maine, narrowly rejected a proposal for noncitizen voting in local elections, and a ballot measure in San Francisco to allow noncitizen parents to vote for school board members lost by 55 to 45 percent.

In Amherst, activist Vladimir Morales, who has spent a decade promoting the cause, said the idea has wide local support but continues to meet resistance from state legislators, who would have to amend home-rule laws to allow it.

“There is fear. The subject is immigration, and the representatives don’t want to touch it. It just keeps dying in committee,” said Morales, a U.S. citizen from Puerto Rico and a retired Amherst school board member.

In New York, home to about 1.3 million legal permanent residents, noncitizens were allowed to vote in school board elections from 1969 to 2003, when the board system was abolished. In recent years, a coalition of academic, political and immigrant groups has been trying to revive noncitizen voting rights and expand them to all local offices. Advocates said they are close to securing enough city council support to pass legislation this spring, but they lamented that the area’s major immigrant groups have not gotten involved.

“It’s hard to sell,” said David Andersson, the coalition coordinator. “Most voters don’t understand what legal immigrants are, and a lot of immigrant groups are focused on issues like deportation and wages. Sadly, voting is just not a priority.”

In the Washington area, few people know about Grosso’s proposal and few groups have expressed support, except the Service Employees International Union. But many of its members are not legal residents, and the union is strongly identified with illegal-immigrant causes.

Still, a variety of legal immigrants in the District said they would welcome being able to vote for city council and Board of Education members. Some said they wanted to become citizens but had difficulty passing the required tests in English.

At the Central American Resource Center in Northwest Washington, a half-dozen middle-aged Latinos bent over citizenship test workbooks one night last week, struggling with questions that ranged from “What is your current occupation?” to “Why did the colonists come to America?” and “What rights are in the Declaration of Independence?”

Maria Carpio, 57, a retired office cleaner from El Salvador, has been a legal resident since 1987. She said she had failed the citizenship test because of her limited eyesight and poor English, but that she volunteered to pass out fliers for a Latino school board candidate in November.

“I have worked hard here all my life,” Carpio said. “I should have the right to express my opinion.”