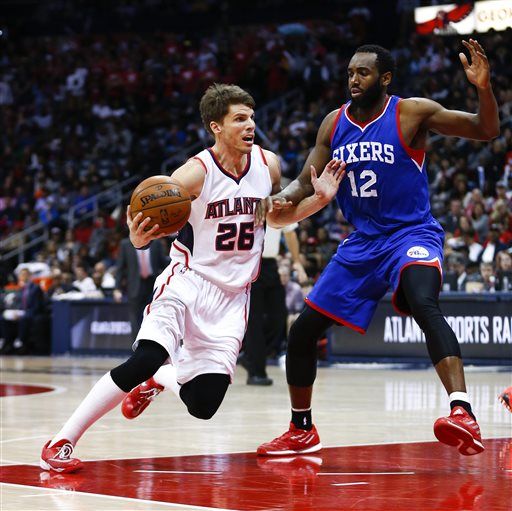 Commissioner Adam Silver picked Korver for the Eastern Conference team Tuesday after Wade pulled out because of a hamstring injury. The East-leading Hawks (43-10) already had Paul Millsap, Al Horford and Jeff Teague selected to the team as reserves.

This is the first time in Atlanta history and just the eighth time overall that a team has had four All-Stars.

“We would like to thank Commissioner Silver for selecting Kyle as an All-Star,” said Hawks coach Mike Budenholzer, who will lead the East team at Madison Square Garden.

“He is an integral part of our team and we are extremely proud that Kyle will be able to join his teammates Al, Paul and Jeff in being recognized this weekend. This is a positive reflection on all of the work the entire team, coaching staff and organization has put in this season.”

The only Atlanta starter not selected to the All-Star game is DeMarre Carroll. But he was recognized by the league last week when the entire lineup was selected as players of the month for January, an unprecedented honor after the Hawks became the first team in NBA history to go 17-0 in a calendar month.

“I’m So Happy for my Man @KyleKorver for getting picked up for All-Star Squad!!!” Carroll tweeted. “If anybody deserves to be on the team HE DOES!!!!”