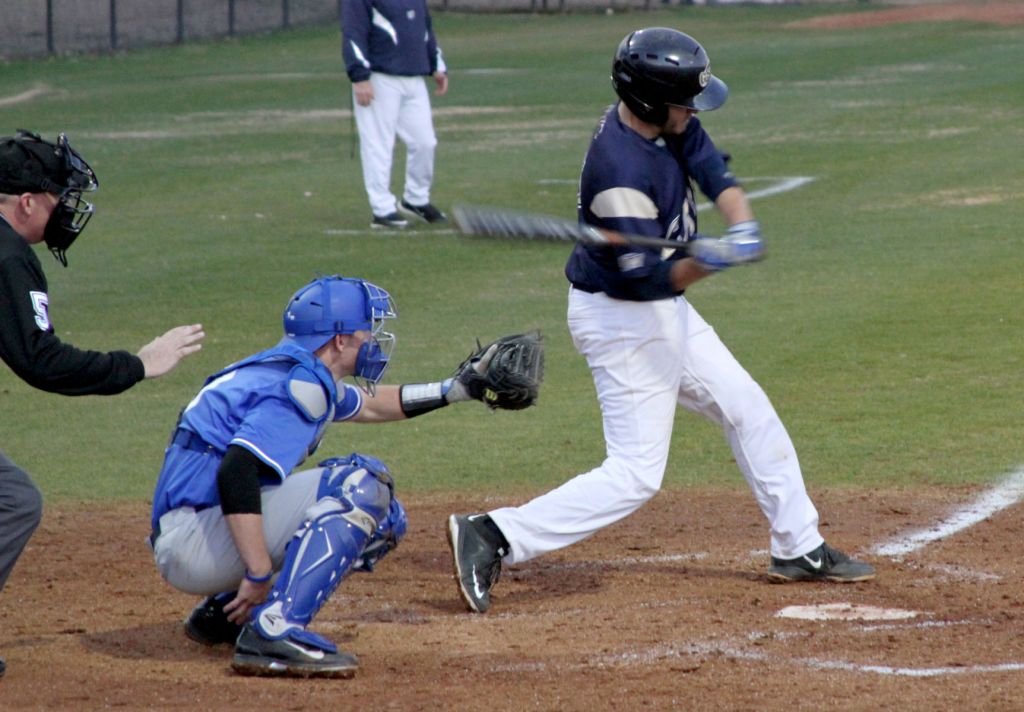 AMERICUS – The Georgia Southwestern baseball team scored four runs in the first inning of a Feb. 11 night’s non-conference game with Shorter, but the visiting Hawks quickly erased the early deficit and went on to defeat GSW, 9-5, at Hurricane Stadium.

GSW falls to 3-2 this spring while Shorter improved to 2-2.

The Hawks pushed across a run in the first inning before GSW grabbed the lead with four runs in the bottom half of the frame. Dakoka Long drove in Hunt Smith and Devyn Newberry with a single to center. Will Redding also picked up an RBI in the inning with an infield single.

The Hawks added a pair of insurance runs in the seventh inning before GSW scored its final run in the eighth. The Hurricanes scored and left two men on in the eighth despite not recording a hit. A walk, hit by pitch and error led to the GSW run.

Long led GSW with a 2-for-3 performance at the plate. He walked twice and drove in a pair of runs.

Dylan Riner, George Ragsdale and Bryan Mathews collected three hits apiece for the Hawks. Each of the nine hitters in Shorter’s starting lineup had a hit. Patrick Sanderson belted a two-run home run.

GSW starting pitcher Kyle Spinks did not get a decision. Spinks threw 1 2/3 innings before making way for Jordan McIlwain (0-1) who took the loss after surrending four hits and three runs in 1 2/3 innings on the hill. Lawson Steward tossed 3 2/3 innings and racked up seven strikeouts, walked two and allowed two runs – one earned. Justin Barnes kept Shorter off the scoreboard for the final two innings while striking out a pair.

Shorter starting pitcher Justin Machado (1-0) settled down after his rocky first inning and finished with five innings on the mound. He struck out two and walked three. Chadd Felder pitched two scoreless innings. Christian Champion allowed an unearned run in his inning of work and Brandon Reynolds struck out three of the five batters he faced to close out the ballgame.

Southwestern opens Peach Belt Conference play this weekend when Young Harris comes to town for a three-game set that begins on Feb. 14 with a doubleheader at 1 p.m.