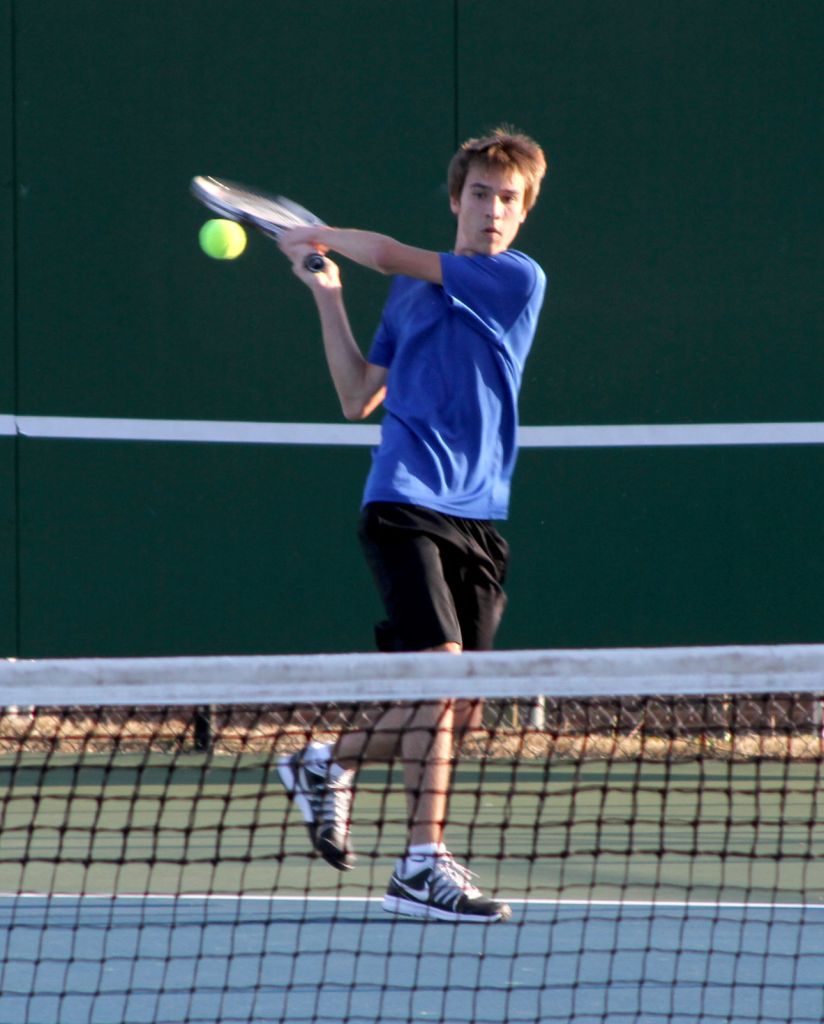 The Americus-Sumter boys’ and girls’ teams won their Feb. 10 matches, with the boys taking a 4-1 victory and the girls winning 3-2 over Pelham.

In boys’ action, Heeral McGhee and Kelhan McGhee each won their singles’ matches. The boys’ doubles team of Jason Parks and Sage Finch won their match as did Charles Kinnamon and Will McCoy.

The team returned to the court the next afternoon to face Marion County. ASCHS tennis coach Carl Willis spoke with the Times Recorder, stating “Marion County has a very strong boys’ tennis team. Their boys won state in class A last year.”

The Americus-Sumter girls won their match 3-2 over the Marion squad. Miriam Perez and Cloutier each won their singles matches for the ASCHS team and the doubles pairs of Kathryn Griffith/Bailey Roberson and Nunn/Hadley brought in victories for Americus as well. The boys dropped a 1-4 decision in their match against Marion, with Joseph Ndaayezwi puling in the Americus boys’ sole singles victory.

The Panther boys and girls return to action on Feb. 17, facing Westover in Americus at 4:30.

Coach Willis spoke of how proud he is of the athletes, stating “I have worked with many of these students since they were in middle school. They have shown dedication to developing their skills on the court and to helping to take care of the school’s sports facilities.”