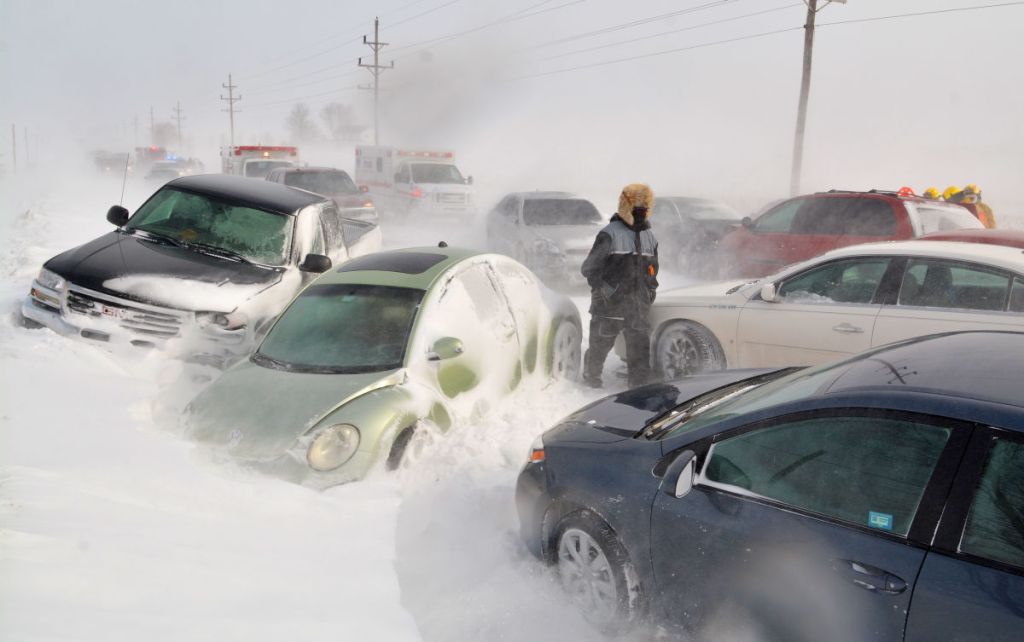 The 13 vehicles wrecked on Ind. 25 outside of Fulton, a rural community about 50 miles south of South Bend, Indiana.

Indiana State Police Sgt. Tony Slocum said it was not immediately clear what, if any, injuries were suffered as a result of the crashes.

Ind. 25 was closed for a period of time, but was reopened by noon as the storm had gotten less severe. However, winds remained high with speeds near 45 mph, according to the National Weather Service.

There were also reports of several crashes statewide, including multiple 20-vehicle crashes in the northeast portion of the state.